The international campaign challenges violence against women and girls.

HYDERABAD: On the last day of ‘16 days of Activism Against Gender-Based Violence’, Rubaroo, a Hyderabad based organisation that facilitates shared learning among adolescents and young people, organised Rubaroo with Gender, a play at Lamakaan on Tuesday.

The international campaign challenges violence against women and girls. The campaign runs every year from 25 November, the International Day for the Elimination of Violence against Women, to 10 December, Human Rights Day. The play was divided in four parts, each part talked about the security of women, child marriage, LGBTQI and masculinity as an identity. In the security of women, an actor did a monologue in which he questions the society about the blame we put on women after rape or harassment. 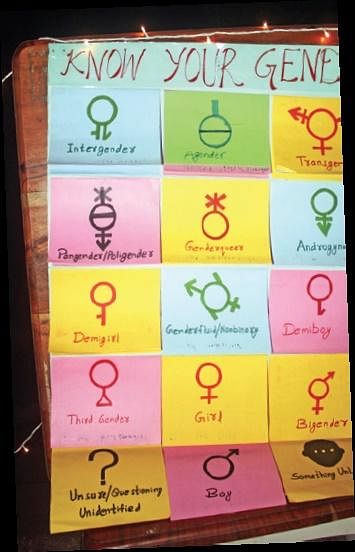 In the second part, actors performed a scene in which a 14-year-old girl is being married off but an activist inspires her parents to educate her further. In the third part, an actor did a solo act to put forward his queer identity and how society forced him to put his identity in the closet.

In the last part, an actor canvasses the notion of non-normative identity of the male. The audience during the discussion put forward their idea by sharing the experiences and contemplate the message which they got from the play.

“Rubaroo basically means face to face with gender, something which we do every day. We bring young people and adolescents to come and question what gender even means to them, what does the role gender plays in their life. When we talk about the gender issue, it cannot be always about women, men are also part of it. We also have to talk about vulnerability which comes along with the masculine identity, which the patriarchal and stereotypical society brings,” said Monisha Vemavarapu, CEO of Rubaroo. Hadia Ahsan, a student from University of Hyderabad, during the discussion said: “Gender cannot be seen in binaries of man and woman, gender is fluid. That is what the play conyed. We should start seeing them beyond our stereotypical identity of the society.” The event concluded  with the audience lighting up candles for gender equality in the world.