Bonalu is here, and it’s not only the elders of the family who are taking part in the religious gaiety.

HYDERABAD: Bonalu is here, and it’s not only the elders of the family who are taking part in the religious gaiety. Youngsters too are all excited to don their ethnic clothes and take part in the rituals. 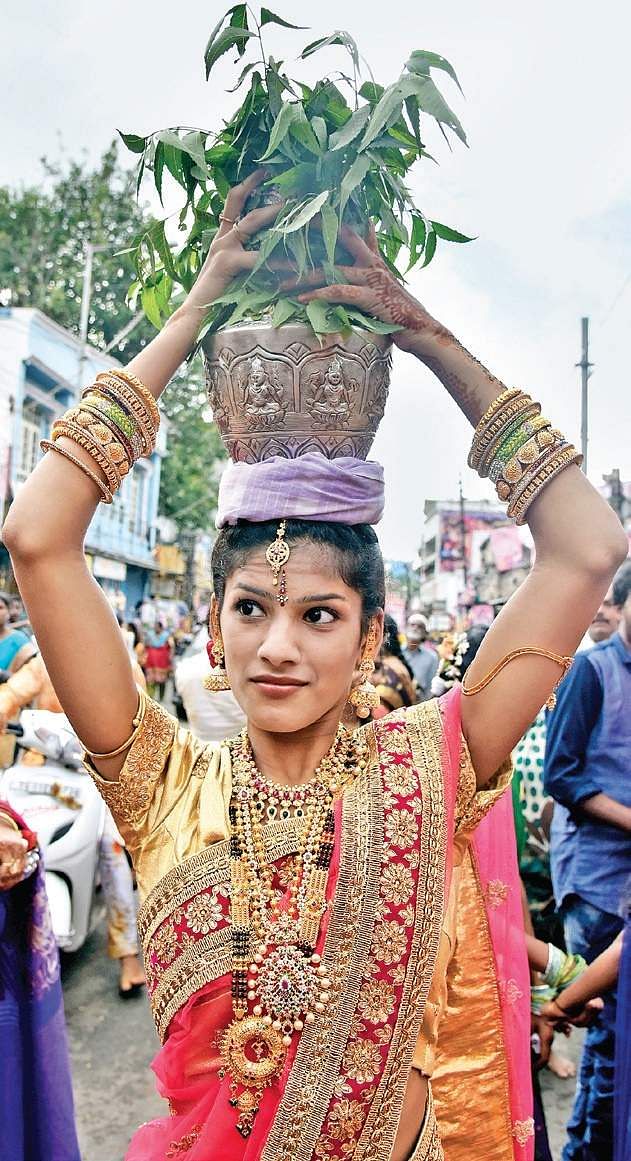 “The smile on every face is what I go to see at the Mahankali temple,” says Kireeti, a B Com student. Another student, Anusha, says: “We sit together and decorate the bonam (made from ragi malt or rice) with flowers. We have great fun making the bonam with our cousins.”

Ravi, a civil service exam aspirant, says,” My grandmother narrated a story behind the festival. It is said that once when there was a break out of an epidemic in Ujjain and a large number of people died. The king decided to build a Mahankali temple and offer bonam if the deaths stopped.” Vaishnavi, a student, says, “Besides bonam, the goddess is also offered vermilion, turmeric and flowers with the earthen lamp over them which is lit and carried on the head.

Usually, married women carry it and offer it at Secunderabad and other Mahankali temples in the city.” Says Rajjev, a body builder, “We light a lamp and bring the grace that’s missing in our lives. The lit up wick is symbolic of the hope that each of us have within to capture the grace of the goddess.”

Now we are on Telegram too. Follow us for updates
TAGS
Hyderabad Bonalu