As State police continue to nab men and women travelling to Gulf nations with fake visas, activists say that those arrested are victims of agents who trap them with false promises of jobs

HYDERABAD: Telangana police have busted several human trafficking rackets in the recent past, nabbing men and women in big numbers at the RGI Airport while they try to fly to the Gulf with fake and forged documents in search of jobs. However, the gangs responsible for trapping the gullible persons continue to exploit them with false promises of better jobs abroad. 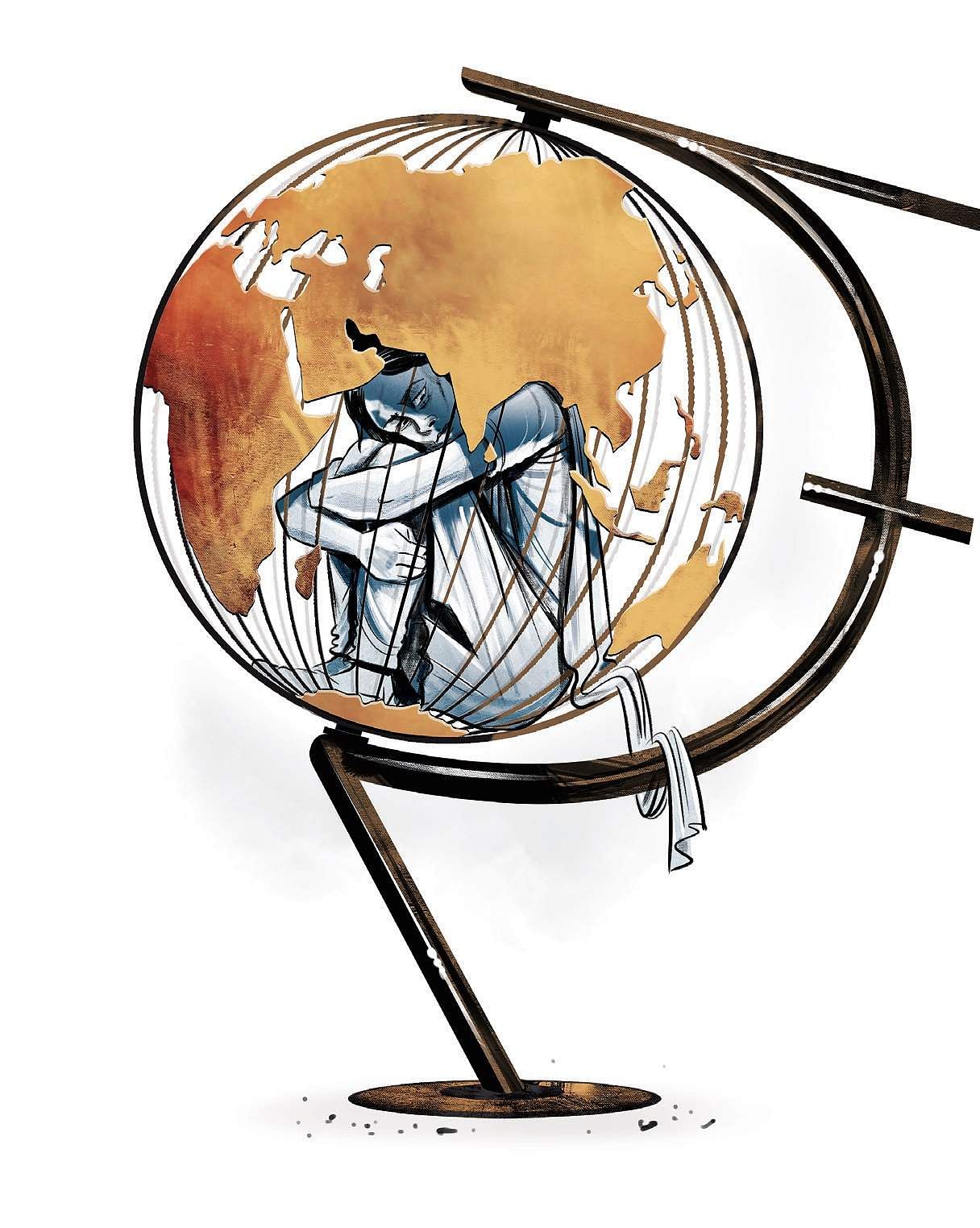 According to activists, most of the arrested persons are victims themselves and should be treated similarly. They are even demanding the kind of rehabilitation which is provided to other trafficking victims.
People from different parts of Telangana and Andhra Pradesh and other states like Tamil Nadu, Kerala, Karnataka, Uttar Pradesh, Rajasthan and West Bengal have been caught with fake documents at Hyderabad’s RGI Airport. Though the intention of making a living in the Gulf is genuine, given the lack of opportunities here, the methods adopted for doing so, remain illegal. Many a times, the passengers are cheated by the agents, but in some cases they knowingly agree to travel with fake visas.

Tip of the iceberg

M Bheem Reddy from the Emigrants Welfare Forum said, “The agents are just the face of a wider network and they work for petty commissions themselves. Every time a gang is caught, not much is investigated about where gang is rooted. Though the kingpins operate from abroad, if their operating channels are cut off here, many innocent people can be saved. But police rarely go after the kingpins.”
Lack of coordination between several agencies and insider involvement also help these gangs to operate and the police alone are not to blame. Other partnering agencies like Emigration, Foreigner Regional Registration Office and the airlines, also have major roles to play.

“All these agencies should conduct a thorough study of the ground realities and start working in close coordination. The exchange of information should also be done regularly among the agencies for better efficiency. Since the passengers are actually victims in such cases, unlike other criminals they should be treated on humanitarian grounds and counselled,” Reddy opined.
He further added that these persons are always caught only at the emigration counter when they are trying to board the flight. If their antecedents and profiles are verified properly at the time when their tickets are booked, the number of cases can be further minimised.

Now we are on Telegram too. Follow us for updates
TAGS
Telangana police human trafficking rackets