Presented in Kalinga Cultural Centre by Bala Tripura Sundari, through her dance school, Chandalika mesmerised the audience who sat through the 90-minute ballet with rapt attention.

HYDERABAD: One of the most loved dance ballets of Mastergaru- Late Guru Vempati Chinna Satyam, Chandalika has been continuously and consistently garnering admiration and compliments for the last 58 years, whenever and wherever it is presented. One can’t keep count of the number of times it is staged here in India and abroad, where some of his students settled down. One may think it is the same old ballet: but with each presentation, with different dancers and directors, it takes a new shape and gives a new meaning. The subject of “untouchability” sadly, is still relevant in India, even in 2019. 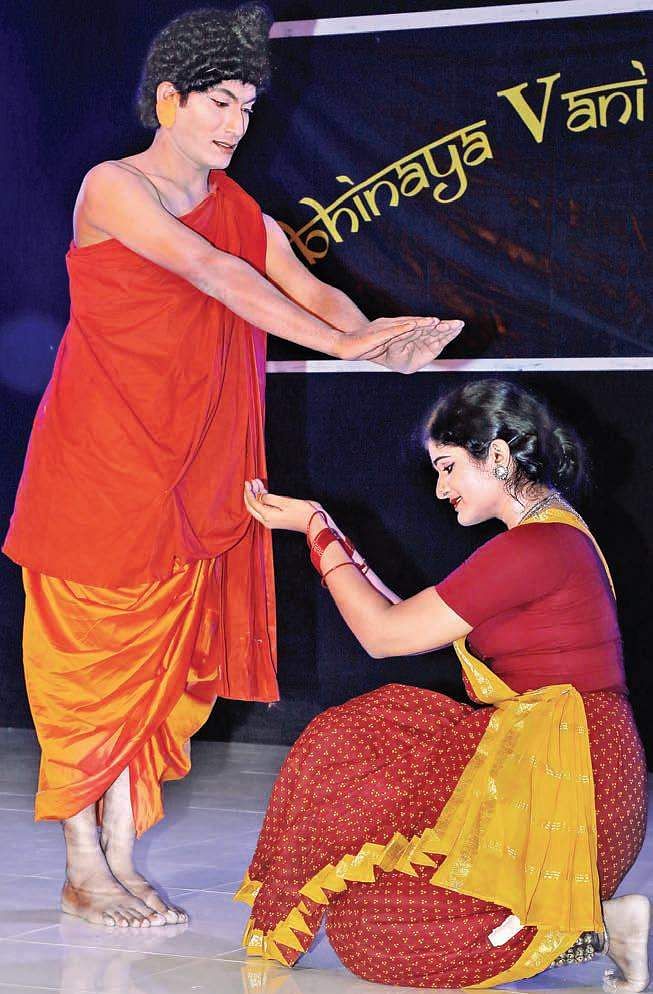 Presented in Kalinga Cultural Centre by Bala Tripura Sundari (Mastergaru’s daughter and disciple), through her dance school, Abhinaya Vani Nritya Niketan, Chandalika mesmerised the audience who sat through the 90-minute ballet with rapt attention. Some were nostalgic while some were awestruck with the well-crafted art-piece unfold.

With the best of creative inputs by master craftsmen, the ballet was created many decades ago, with script by Late Bhujangaraya Sharma, the vibrant music scored by Mallik (of All India Radio fame) and of course, the brilliant choreography provided by Mastergaru himself! Each movement and step syncing with the simple yet powerful subject, sans unnecessary display of intricate dance movements. A simple tale told sans affectations.

The story of Chandalika as written originally by Rabindranath Tagore describes the angst of an untouchable woman and how she evolves rising above caste, class and gender. Prakriti, the untouchable girl gives water and falls in love with a handsome Buddhist monk Ananda. The monk reveals her own true identity thus giving her a rebirth; her soul opens up to enlightenment and she becomes an ascetic.

The absence of live orchestra was compensated by the recorded music where Mastergaru’s familiar voice reverberated in the background as the jathis flowed seamlessly, making one nostalgic: it was as though he was present there, conducting the whole show. But his daughter Bala as a guru did no less. She saw to it that the ballet was presented with perfection. Music set in melodious Hindustani ragas like Maand, Pahadi, Patdeep flowed in tandem with lively Sudha Dhanyasi and Sindhu Bhairavi of the Carnatic genre: it was the sheer magic of Radio Mallik!

Satya Shivani as the protagonist Prakriti (Chandalika) gave a stellar performance. Pasumarthy Mruthyunjaya Sarma, impressed as Ananda, with his mature and restrained acting. All the dancers, elegantly costumed, danced with passion and commitment. The vibrant dances of the flower girls, milk-maids and the bangle sellers were really enjoyable. Hope more such classics will be revived to keep the legacy alive for the next generation.

Now we are on Telegram too. Follow us for updates
TAGS
Chandalika Rabindranath Tagore