Roll Rida is now all set to go international. Collaborating with  Telugu American rapper, Lil TGod for an upcoming single Insane, they plan to pay true hip hop tribute to their native land.

HYDERABAD: Gaining popularity not just by his work as a Telugu rapper but also with his stint at the hit reality show, Bigg Boss Season 2, Roll Rida (Rahul Velpula) has been staying on the down low for a few months now. All for his next passion project, a classic rap music video.

Collaborating for the first time with another rapper for an original single, Insane, Roll is joining hands with an American rapper who is a Telugu-born by origin. Nitin who likes to call himself Lil TGod is an 18-year old passionate about rapping and wanted to come together with an all local artist to pay tribute to his roots. 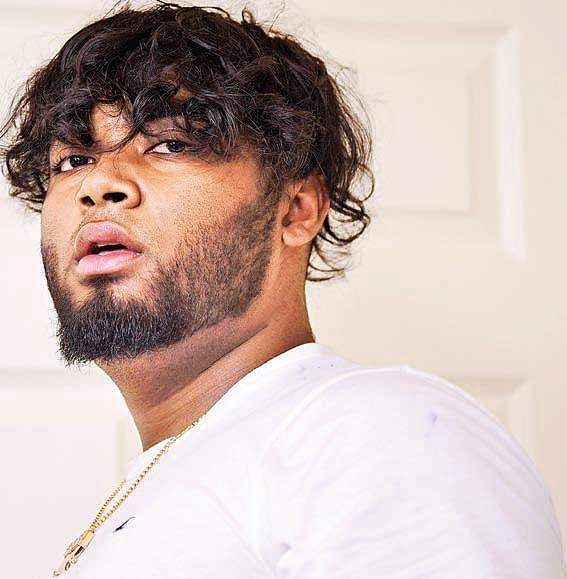 Coming together
In true millenial style, the two rappers met on social media! Lil TGod sent a message over to Roll over his social media and hoped that he would respond. “It was a chance of fate that I came across his message.

I saw that he was a Telugu guy in the States taking forward the rap scene and I thought it would be a great opportunity to connect with a competant style,” says Roll. TGod who knew of Roll Rida from the show Bigg Boss was instantly taken by the artists zeal and passion for rapping. “It was a cold call! I sent him a message and hoped he would like to collab with an artist like me and he agreed immediately,” says the teenager says. Roll met TGod in the States when he was touring and they clicked instantly they admit.

Styles worlds apart
Although both artists bond over the same culture of rap, they knew at the word go that they had different styles. “My rap inspirations were the classic 50 Cents, Snoop Dogg and such but TGod is much younger and he has the taste and the awareness of the current rap cultures,” admits Roll. TGod who has only collaborated abroad with other American rappers believes that this would be an opportunity to reconnect with his roots. “It will be interesting to see how the Telugu audience will react to someone like me. It’s a chance for the both of us to expand our vision,” says TGod.

Not playing for the galleries
Neither TGod nor Roll have had to compromise on their style for the single, Insane, set to release soon. TGOd who was born and raised in California admits he’s fluent in Telugu but rapping in Telugu isn’t his thing yet. “I am fluent in Telugu but to rap in Telugu is a different ballgame. I still have a little accent on me and I’m not sure how the folks back home will take that.

SO we are sticking to our strengths,” says the young rapper. Roll Rida who has never Roll Rida who has created a niche in his work where he chooses to address a certain issue or a specific topic in his videos chose a different route for this video. The Bigg Boss star shares, “We are aiming to make a proper hip hop music video like in the west with this one. It’s not like anything I have done before but as a rapper always wanted to.” Bringing together all the struggle that he went through both after and before he caught the spotlight along with young TGod’s view of the world, the music video is going to take a motivational tone from their own stories.

Hitting up soon
While the duo have been working on the idea behind and the music of the single all these days, it has taken a while to be showcased to the public as Roll says, they “wanted to do it right.” “We planned the video here in Hyderabad earlier but then decided to go to shoot in California itself to add a fresh feel away from my usual videos,” shares Roll who adds that the video is set to release soon.

Now we are on Telegram too. Follow us for updates
TAGS
Roll Rida Hyderabadi rapper TGod