Hyderabadis pledge to go gadget free for an hour

This Children’s Day celebration, they want to go phone-less from 7.30 pm to 8.30 pm on Thursday to spend time with loved ones

HYDERABAD: Need a phone number? We reach out to the contacts on the phone. Need to write down a To-Do list? We jot it down in the phone. Need a recipe? We open the recipe videos. In short, our lives minus the phone is zero. But to help us to ‘disconnect to reconnect’, with our family, especially our children, is the new national initiative titled #GoGadgetFree which seems to be gaining ground.
An initiative of ParentCircle, a parenting platform, the campaign urges parents and children to switch off or mute their phones for just one hour, from 7.30 pm to 8.30 pm on Thursday, November 14, to be able to realise the joy of real-life bonding. 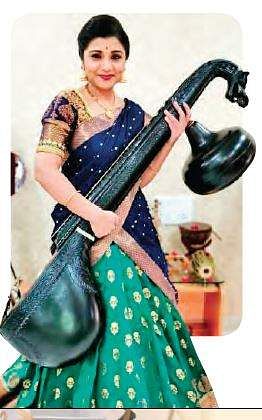 Anchor Shilpa Chakraborthy, popular for his shows on Telugu TV and her recent appearance in Bigg Boss 3, also mom of two kids aged 7 and 5 who has joined the campaign says that she is pained to see the amount of dependence on the phone and other gadgets such as iPad, laptop etc. “Children learn from parents. Although my husband Kalyan, a show producer and I need to use the gadgets for work, children begin to think that there is no life beyond the gadget. That is why I feel we should join such initiatives.

At least this is a beginning.” She says that after she realised her kids were going crazy without gadgets even for an hour during the Dasara festival recently, she decided to help them channelise their boredom by taking up activities. “I put my son in tabla class and my daughter in a tennis class. Now they are so exhausted after that, they just have dinner and plonk on the bed.” She says that she has been promoting the campaign (which is reportedly being taken up by over 10 lakh people across the country) in her circles. “Like the Earth Hour, I hope this also will become popular and a good start,” she says. Those like actors Lakshmi Manchu, Sameera Reddy and Bhumika Chawla have also joined the movement.

City’s prominent classical music proponent Veena Sreevani also says that as a mom of two kids who needs to coordinate her concerts and even uses to set up the Sruthi at times using an app, she is taking it up. “Youngsters see and learn. I want to walk the talk. Not just for one day, but at least once a week,” she says. Says Nalina Ramalakshmi, Founder and Managing Director, “During this one hour, teenagers, children and their parents will use that time to play, eat, talk and laugh. It’s not so tough.”

Tanya Goodin, Founder of Global Digital Detox Movement - Time to Log Off; author of bestselling books - OFF and Stop Staring at Screens writes, “Parents and adults are forgetting how to connect with each other as a result. Time to use our screens in a healthy way.