HYDERABAD: Adish made from animal blood, mutton made with bean seeds or a simple, nutritious pot of Ragi Java — these are a few of the gems of Telangana cuisine featured in a cookbook that aims to bring forth authentic recipes from all nooks and corners of the state. 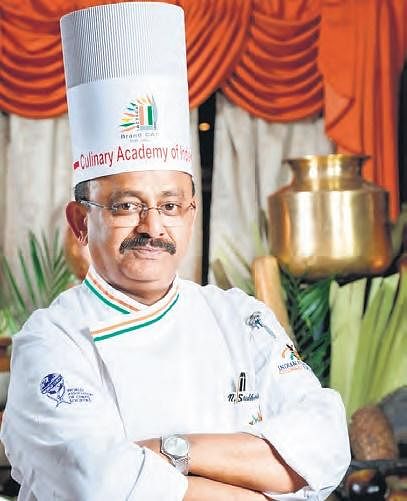 Chef Sudhakar N Rao, who describes himself as a ‘son of Telangana soil’, travelled with his team extensively across the state for two years to understand and document the native culinary practices in districts including Karimnagar, Adilabad, Warangal, Nalgonda, Nizamabad and others.

‘Aromas of Telangana’ features food that reflects the tribal culture of the state, and farm-to-plate recipes used by farmers for a quick yet tasty meal. “We wanted to present these recipes in their most authentic version without much glorification.

The idea was to procure native recipes from women who have been cooking these for years. For every recipe, we consulted around five women, who cooked their own versions with some minor variations. We took the mean of all the versions and put it in the book,” says Sudhakar. Each recipe in the book has an QR code through which a cook can get access to the video of the preparation.

One of the little-known dishes of the state, listed under the ‘starters’ section, is Nalla. Made from animal blood, it can be called Telangana’s version of blood pudding. Throwing light on the origin of the dish, the chef says: “It is prepared mainly outside goddess temples where animals are sacrificed. It is the first snack to be made as blood is the first available ingredient after slaughtering the animal. Till the animal is cleaned and cut for other dishes, Nalla is cooked and served.”

Millets, which are considered to be super foods now, is the mainstay of Telangana cuisine. That is why, in the ‘Rice and Bread’ section, we see Ragi Java (made from ragi and curd), Jonna Gatka (made from jowar and curd), Sajja Rotte (bajra roti), Jonna Rotte (jowar roti) and others. Chef Sudhakar, who is also the founder of Culinary Academy of India, says: “Millets used to be  a staple in Telangana, and continues to be so in rural areas. This is a semi-arid state and millets grow abundantly in this weather. In scorching summers, Ragi Java is consumed as a nutritious coolant. People also consume seasonal produce. So during one season, you might find them using tamarind to make dishes savoury, and in another season, they use lemon.”

Stay up to date on all the latest Hyderabad news with The New Indian Express App. Download now
(Get the news that matters from New Indian Express on WhatsApp. Click this link and hit 'Click to Subscribe'. Follow the instructions after that.)
TAGS
Blood pudding