The police would also question small-time producer Ashok Reddy, who is learnt to have handled disputes between Sravani and Devaraj recently.

HYDERABAD: THE SR Nagar police investigating TV actress Kondapally Sravani’s suicide case have taken her boyfriend Devaraj Reddy and her assaulter Sai Krishna into custody. They were questioned in connection with Sravani’s death. The police are likely to book both of them for abetment to suicide. 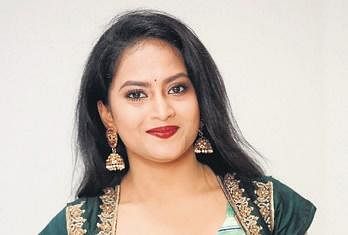 In a fresh development, an audio clip of a phone conversation between Sravani and Devaraj’s mother Satyawathi surfaced on Sunday. In the clip, Sravani is heard asking Satyawathi if she could get married to Devaraj with the consent of the family. She is also heard saying that her parents have refused her permission to be with Devaraj.

Days after the death of the actress, the police have come to a conclusion that she took the extreme step over being depressed about certain incidents caused by Sai Krishna and others. The police have already altered the charges of the case from suspicious death to abetment to suicide. They are likely to arrest Sai Krishna and Devaraj.

The police would also question small-time producer Ashok Reddy, who is learnt to have handled disputes between Sravani and Devaraj recently.

Hours before the actress killed herself a few days ago, Sravani and Devaraj had gone to a restaurant for dinner. Sai Krishna followed the couple to the restaurant and had arguments with Sravani. He also called Sravani’s parents and informed them that she was with Devaraj.

During the arguments, Sai Krishna assaulted Sarvani and abused her. Sai Krishna followed them home, and as Dravani was waiting for the elevator, he assaulted her again.