Opening of iconic Durgam Cheruvu: A marvel to behold

Despite the rain, commuters stopped to catch a glimpse of the colourful lighting and take selfies with the iconic Durgam Cheruvu cable-stayed bridge

HYDERABAD: The opening of the iconic Durgam Cheruvu cable-stayed bridge near Inorbit Mall at Madhapur on Friday is another feather in Hyderabad’s cap. Soon after it was inaugurated, hundreds of vehicles zoomed on it and people enjoyed a pleasant drive in the rain. Commuters stopped to catch a glimpse of the colourful lighting and take selfies with the posh landmark. The excitement was such that two-wheeler riders did not mind getting drenched in the rain while they admired the engineering marvel.

The cable-stayed bridge, along with a four-lane elevated corridor from Road No. 45 to Durgam Cheruvu, was inaugurated by Minister of State for Home G Kishan Reddy, MAUD Minister KT Rama Rao and Mayor Bonthu Rammohan. A few other Ministers also attended the event. The Ministers who were to address the meeting could not do so and had to leave the venue due to the downpour.

The shamianas installed for the occasion got wet and people had to bring out their umbrellas or take shelter at nearby places.The 233.8-metres cable-stayed bridge across Durgam Chervu is said to be the longest in the world. Taken up by M/s L&T Construction at an estimated cost of `184 crore, it connects the happening areas of Hitec City and Financial District with other parts of Hyderabad. It is also likely to ease traffic congestion on Road No. 36, Jubilee Hills, and the Madhapur road, besides reducing the distance by 2 km from Jubilee Hills to Mind Space and Gachibowli. 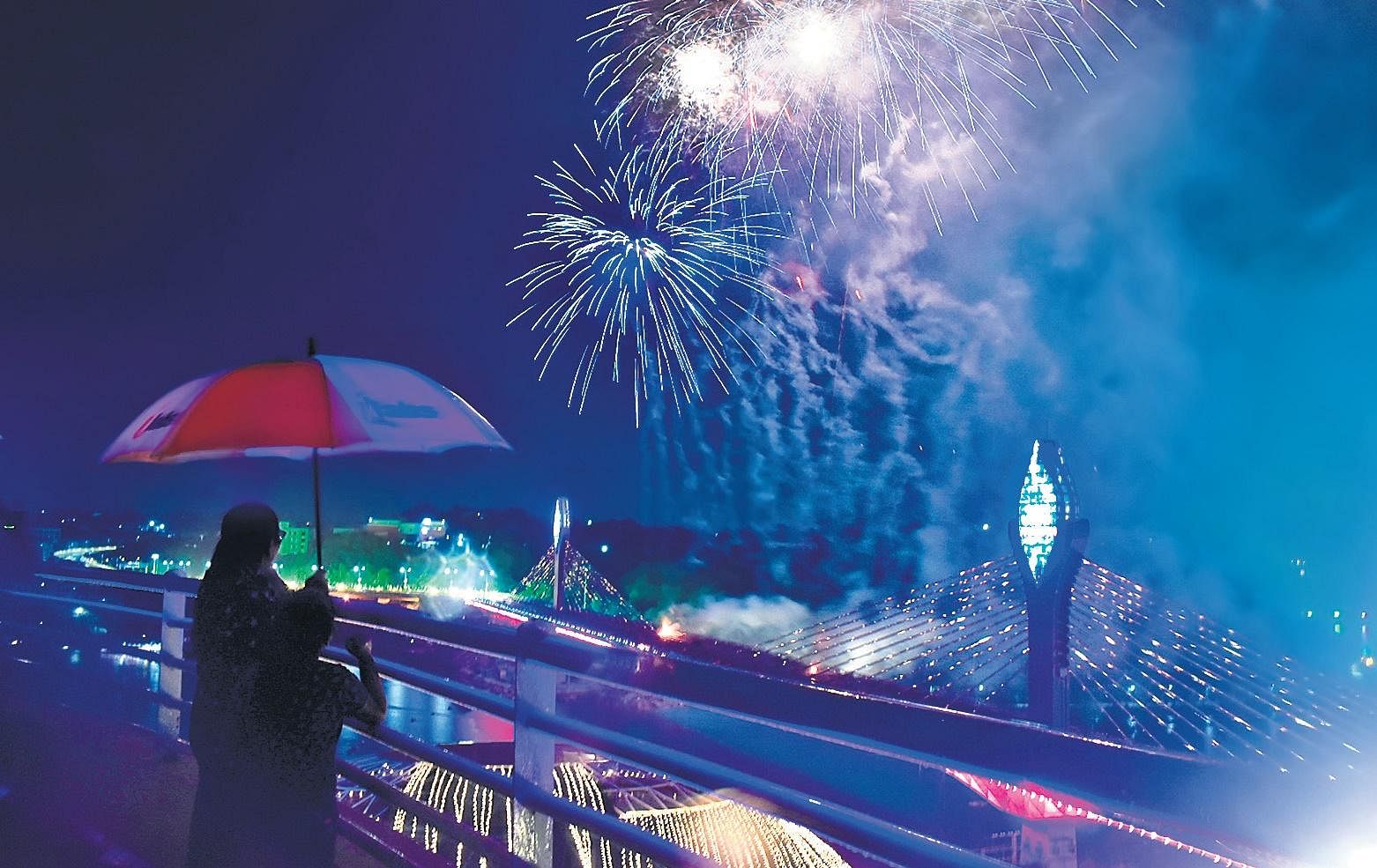 The bridge would cut the distance between Jubilee Hills and Madhapur too, and make the distinction of being Hyderabad’s first ‘Hanging Bridge’ with aesthetic looks. It is destined to be a major recreational point and tourist attraction.

The bridge’s alignment takes off from the existing junction point near I labs (Inorbit Mall-end) and crosses over the lake to deflect left near its walking track. It passes along the boundary of a hillock and finally turns right to meet Road No. 45 before the main entrance of Ambedkar University.

Also, the 1,740-m-long and 16.60-m-wide elevated corridor constructed at a cost of `150 crore was inaugurated. It connects Road No. 45 to Mind Space junction via Durgam Cheruvu. It forms a conduit for traffic between Hitec City, Mind Space, Gachibowli and other parts of the city’s core areas. The flyover is likely to relieve congestion on Jubilee Hills Road No. 36 and the Madhapur road.

Now we are on Telegram too. Follow us for updates
TAGS
Durgam Cheruvu