The event is to bring cultural understanding between the two countries and the evening also showcases the works of 61 Ikebana enthusiasts from Hyderabad. 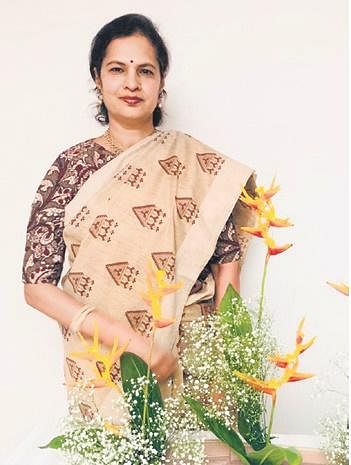 Speaking about the event, First Master Ohryu and the Convenor of the event Rekha Reddy said, “The theme – Kamal and Kiku – is a celebration of the confluence of cultures of two great nations – India and Japan. Lotus, our national flower, represents a metaphor of spiritual detachment and Chrysanthemum is the national flower of Japan and the imperial emblem, the origin of which dates back to 1180 -1239. The practice of Ikebana leads us closer to nature. This sublime art form has a connection to India as the Buddhist monks were the first to practice it, and Buddhism originated in India spreading to Japan.”

The event is to bring cultural understanding between the two countries and the evening also showcases the works of 61 Ikebana enthusiasts from Hyderabad. They have used Indian containers to do Japanese style flower arrangements. Flowers used in them are chrysanthemums, lotus and other flowers. Two short videos -one on the Japan Emperor and one on Landscapes in a tray will also be shown, followed by an Ikebana demonstration by Ohryu Rekha Reddy. The programme is supported by the Consulate General of Japan in Chennai.

Now we are on Telegram too. Follow us for updates
TAGS
Ikebana enthusiasts Kamal and Kiku Ikebana