A tale told in Sanskrit

Through his debut film ‘Suryakantha’, M Surendran is all set to make Sanskrit language accessible to commoners.

KOCHI: The decision to take up a Sanskrit language film as his debut directorial was not a planned move, says M Surendran. However, when the time was right, he couldn’t conceptualise another film, where a canonised language was intertwined with a humanistic story, made accessible to the common people. 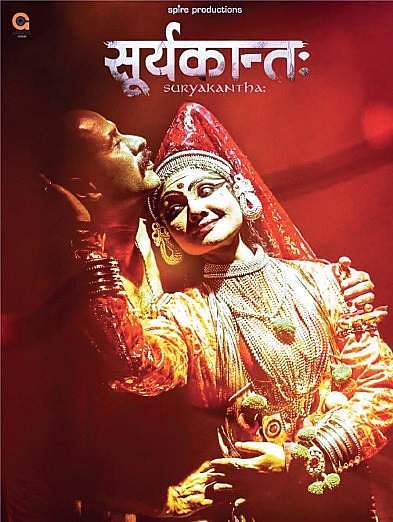 ‘Suryakantha’ is contemporary Sanskrit film that narrates the story of an aging couple living out their last days. The couple, both kathakali artists, live a dreary life and their only comfort is the lovely memories of a glorious past where they had regaled their audiences with outstanding performances. Janaki, who was a dancer in her prime, is now totally bed-ridden due to a debilitating disease. Narayanan, her husband, who was once a famous Kathakali singer, is now eking out a living as a carpenter. His only aim in life is to keep his ailing wife comfortable and as happy as he can in the given circumstances. He looks after her like a child.

The movie also tackles the recurring case of children shaking off the responsibilities towards their parents. The couple have three children who have no time for their ailing parents. A contemporary tale about relationships, universal emotions and conflicts, it brings age-old question about parental love, sibling rivalry, children’s responsibilities and death, to the fore.

The primary intent of the film is to popularise the Sanskrit language among the youth and make it more coherent. “Sanskrit was revered as a godly language spoken by select people in the society. I have made an honest effort to reduce the difficulty level of the language and make it as simple as possible, so that anyone listening to it from Kerala will be able to comprehend the dialogues,” Surendran says.

There have been films in Sanskrit language from Kerala before, but Surendran says that those films had erudite characters, whereas his story talks about common people who converse in the language.
But how is it that a language that is so archaic could be made easy? “It isn’t such an old-fashioned, difficult language as it’s made out to be. That was probably just a way of keeping commoners away from it. When you work with the language, it gets easier. I did have to face criticism from some quarters where people said the ‘slang’ I got in was wrong. But I can vouch for the fact that the language has not been tampered with. It has only been rendered a simplicity which was already intrinsic to it,” explains Surendran.

Produced by Sanju S Unnithan, the story, screenplay and direction has been handled by M Surendran. The camera is wielded by Dinesh Baboo and the original background score has been composed by Pandit Ramesh Narayan.