Making a place in cyber world

KOCHI: Getting into the Google Hall of Fame is probably any tech savvy person’s desire. Adarsh S V Nair, a Thiruvananthapuram-based techie specialised in cyber security, has recently been able to find an entry into the esteemed list.  The techie who had earlier been ranked 63rd in the list says he detected six defects in the google website, through which ‘hackers could easily get into a website and extract critical information.’ He adds, “Initially I was ranked 78th and was listed in the eighth page. Then I was ranked 63rd in the seventh page.”  From the 78th ranking, Adarsh has now been ranked 49th according to the new list, after ‘one pending bug was validated and accepted’. 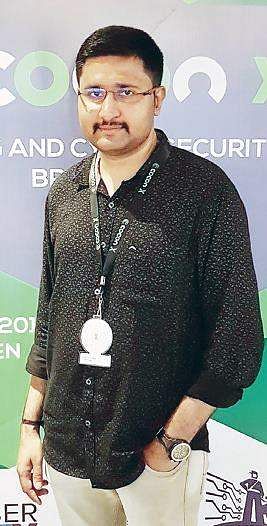 The youngster, who is a Senior System Analyst in UST Global is also a part of the Kerala Police Cyberdome. The youngster is thrilled to have been ranked within the first 100 in the list. He adds, “I had reported a bug earlier, but did not get accepted as it was a low priority issue. I have got into the list of Intel and SAP before. To get into the Google Hall of Fame is a dream of many and people all around the world try for it. Being in the field of Cyber Security, I find this as a great achievement.”

Google runs a Vulnerability Reward Program (VRP) for security research community who discover and report any vulnerability in Google-owned web properties. Those who report such vulnerabilities will be credited in the Hall of Fame, positioned based on the criticality of the vulnerabilities. Bugs in Google-developed apps and extensions will come with the scope of research.

Presently, the list of Google Hall of Fame holders constitute around 1,020 members listed across 102 pages. Each page of the list includes around 10 people who have been included in the hall of fame.Adarsh, who is also interested in lyric writing, has been one of the lyricists in a Malayalam music album ‘Meghamalhar’.