Looking at a better future

KOCHI: Diabetes Mellitus a group of metabolic disorders characterised by high blood sugar over a prolonged period of time which if uncontrolled can cause complications like diabetic nephropathy, neuropathy and retinopathy. An estimated 415 million patients have been diagnosed with diabetes. The global economic burden of this disease is around ` 615 billion dollars. 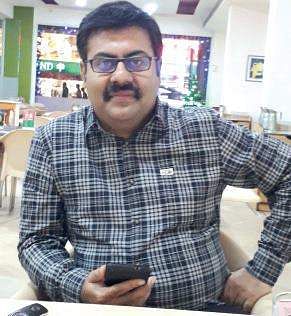 But at the dawn of 2018 we have newer therapeutics. Tradionally, first-used class of drugs remains metformin which reduces glucose production from liver and improves insulin sensitivity.It is used in diabetic patients who are overweight. The second most commonly prescribed class is sulfonylureas(glimepride) used to increase insulin production by pancreas. After a few years, a patient who was on a metformin/glimepride combination may require a basal insulin(glargine) which is a 24-hours acting insulin to control fasting glucose which maybe above 200 and also glycosylated haemoglobin above nine poorly controlled diabetes).

After another few years, patients may require pre-meal short acting insulin(aspart) along with glargine. However, since it may involve three-four pricks per day, most patients and doctors prefer twice daily premix insulin. However, in most patients, the dosage required may go up and some patients may need upto 80-100 units of insulin a day!

However in India in the past three years, there has been the advent of newer revolutionary molecules. First and foremost is the degludac insulin. As it acts for about 36 hours a patient who has been put on degludac for 3-4 weeks eventually requires lesser units compared to patients who require high doses of conventional insulin. At my hospital many patients were successfully treated with this insulin and their sugars remain stable both pre op,post operative and non-surgical diabetic patients. Second hero molecule is SGLT 2 inhibitors like gliflozins.They inhibit glucose reabsorption from the kidneys and excrete glucose via the urine.It was shown to be the oral anti diabetes drug that achieves the fastest reduction in HBA1C compared to older anti diabetic medications.

This molecule is also often used at our hospital especially in obese newly diagnosed diabetes patients with good kidney function. A slightly older class of drugs is DPP-4 inhibitors (gliptins) that increase glucagon like peptide levels and inhibit glucagon release increasing insulin secretion. Lastly, we have the GLP-1 agonist like liraglutide(daily injection) and dulaglutide(once weekly) injection.

The novelty of this class injection is that it reduces both weight and sugar through a gut-based action. In a patient on whom we have used the drug most have achieved 6-7 kilos weight loss in four months time. Side effect is nausea and vomiting. All the newer class of drugs are expensive but I hope as more patients take health insurance and as more doctors prescribe the newer class of drugs the prices will come down and benefit patients with long standing resistant Type 2 DM that has poor response to conventional insulins and oral drugs. The battle against diabetes has just begun. Wait for the conclusion.
(The views expressed by the author are his own )