Homing in on profit

FreshtoHome, a startup by two Malayalees, has attracted investments from Google Ventures and gaming company Zynga

KOCHI: At a time when majority of startups down their shutters soon after taking off with great fanfare, two Malayalees have been attracting foreign investors in droves. The Bengaluru based FreshtoHome, an online-app based fresh fish and meat providers, is creating history with investor like Mark Pincus, co founder of Zynga and one of the first to invest in Facebook, supporting the venture. 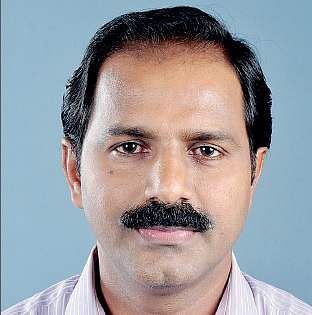 When asked about why techies are investing money in fish and meat business, he said the vast business potential attracted them to this sector. Fish industry in the country is worth more than 50 billion dollars. Only 10 percent of this is exported. Around 40 billion dollars worth fish business is based on internal demand.
Starting its operations in 2015, the company formed a good customer base in Bengaluru and New Delhi. The online company has started its operations in Kochi, Thiruvananthapuram and Palakkad too.

For Mathew native of Cherthala and Chief Operating Officer of the company, it all began in 2011 when he first started a small scale online business to deliver fresh fish. It was first of its kind in India. “I worked with the fish exporting company as accountant and later got promoted as the Chief Operation Officer. In 2001, I began an exporting company which supplied fresh seafood to Dubai, Singapore and Taipei. But the economic recession badly affected our business. It was my wife who suggested the online business. In 2011, we began an online fish supplying business called SeatoHome. But, it was a small scale operation,” he said.

Fortune smiled on Mathew when Shan Kadavil, a techie and customer of SeatoHome in Bengaluru, approached him with idea of a startup business. “I closed SeatoHome and started FreshtoHome with Shan. In 2016, the turnover of the company was Rs 37 crore. We supply around 5 tonnes of fresh seafood and 1 tonne of meat products to the customers on a daily basis. There are more than 500 employees in our company. Now with foreign investments pouring in, we can expand our operations to 22 states in the country. We are planning to set up a plant in Kerala which has a potential to freeze and stock more than 60 tonnes of sea food and meat. We are targeting an annual turnover of more than Rs 250 crore by the end of 2017,” Mathew said.

The company will be focusing on business possibilities in Kochi since online sales are slowly picking up here. “We have the highest number of orders from repeat customers. Unlike other online fish and meat supplying companies which provide frozen products, our products are fresh. We procure sea food directly from fishermen. So expanding business in Kochi is one of our top priorities in 2017. We ensure quality by procuring fish directly. Around 70 percentage of fish is procured from Kerala,” he added.