New trawlers may not get registration for carrying out fishing activities in Indian waters if the recommendations by the CMFRI and WWF-India are taken to their logical conclusion.

KOCHI: Henceforth, new trawlers may not get registration for carrying out fishing activities in Indian waters if the recommendations of the national workshop on Sustainable Development Goal-14 (SDG) organised by the Central Marine Fisheries Research Institute (CMFRI) and WWF-India are indeed taken to their logical conclusion.

The other major recommendations in the action plan formulated by experts in the sector,  include a proposal for setting up marine parks, community reserves and protected zones; uniform Minimum Legal Size (MLS) restrictions on all coastal states and Union Territories (UT) to prevent/avoid juvenile fishing and Ocean Regulation Management Act to bring uniformity in fishing in Exclusive Economic Zone (EEZ). 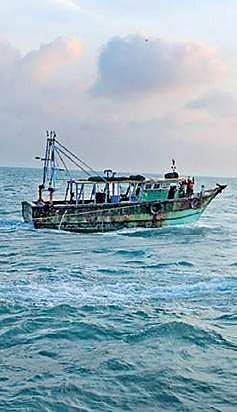 Besides, it calls for all coastal states to put in place a Vessel Monitoring and Surveillance (VMS)system; classifying ecologically sensitive marine hotspots as biodiversity heritage sites and including marine literacy in school curriculum to create awareness on the importance of coastal and marine conservation.
Most importantly, the action plan moots restricting fishing rights exclusively to the fishers living in the coastal villages and phasing out various subsides.

The experts, who formulated the action plan,  suggested seeking the fishing community’s informed consent prior to implementing any development project in the coastal belt and formation of District-Level Committees (DLS) for monitoring CRZ violations. Developing capacity building of the fishing community has also been mooted.

Mariculture policy
Steps to promote alternate livelihood options such as mariculture to reduce pressure on capture fishery and a national mariculture policy to figure among the recommendations. The action plan, which is the road map for achieving the SDG-14 of the United Nations in Indian context, will be sent to all coastal states for follow-up action.P K Biswal, Additional Secretary, Department of Planning and Convergence, Government of Odisha; A Gopalakrishnan, Director, CMFRI and Sejal Worah, Programme Director, WWF-India spoke at the concluding session of the workshop.

Stay up to date on all the latest Kochi news with The New Indian Express App. Download now
TAGS
fishing states WWF