Spare the rod & save the child

Over the past two years, I realized it only takes a moment to change your perspective of the society.

KOCHI:  Over the past two years, I realized it only takes a moment to change your perspective of the society. I was born and brought up in the United States of America. During the closing month of Class V, my parents decided it was time for me to get a good taste of Indian culture. Both my parents are from Kerala. After coming down to Kerala, I got admission at a private school in Payyanur. I had listened to numerous stories of my parents getting beaten up by my grandparents and teachers at school.

I was terrified but they assured me there was a law which prohibited corporal, or, physical punishment. In American institutions, the only time a teacher touches a student’s body was to show affection. Unfortunately, I was subject to the wrath of corporal punishment on the second day of my first school year in India. 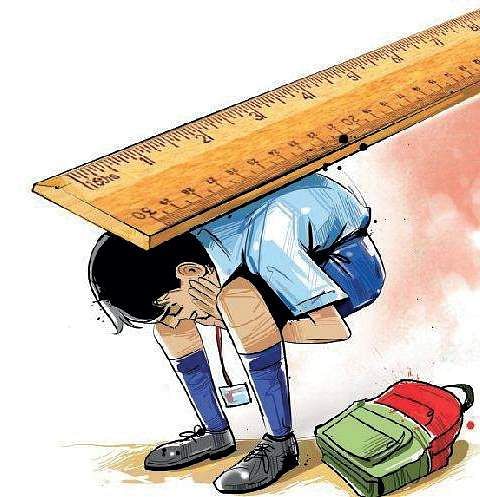 A sharp, steel ruler being brought down forcefully on my poor classmates’ hand for not completing a homework assignment; that sight was enough to cause me an entire week of sleeplessness and nausea first thing in the morning.

My grandmother warned teachers not to hurt me. However, I was subjected to corporal punishment thrice, for minor reasons like not completing my homework or answering a question incorrectly. Such mistakes happen quite rarely to me, though.

I was absolutely dumb-founded. Despite our constant warnings, I was disgusted that the teachers hadn’t taken our words seriously. Soon enough, a teacher had taken physical punishment to such an extent that it became unbearable for my friends and us, the people who were watching it take action. Eventually, I had to call the Child Helpline1098 and I was very satisfied that they had taken proper action.

They had given a friendly warning to that teachers and all other teachers in my school. After that, the punishment level decreased somewhat but sad to say that only that specific teacher had completely stopped beating and hurting us. I was very glad that the Child Line service had kept my identity a secret and safeguarded me. Many of the teachers would threaten us that the one who had given the complaint would never succeed and get anywhere in life. Their sharp words hurt me deeply.

The pessimism, violence or sorrow develops over time. This could result in an arrogant young man or a dejected young lady. Attitudinal change is just one branch of the consequences. There are psychological drawbacks as well. As they grow older, he or she might hit their partners, children or even their own parents. This breaks relationships between loved ones.

(The author is a school student )