Our own ‘karadi tales’

KOCHI: For a generation which grew up with only access to nursery rhymes like ‘Jack and Jill went up the hill’ and ‘A ring, a ring of roses, pocket full of posies’, Karadi Tales was a revolutionary change. Only because its founders believed that Jack and Jill and others were stories from another world and children in India needed to grow learning about characters they could relate to. At a recent women’s conclave in Kochi, ‘Karadi Tales’ co-founder Shobha Vishwanath asks her audience whether they have ever heard of an Indian named Jill or even for that matter Jack. There was no affirmative response. “ “See, and yet we teach our kids nursery rhymes like ‘‘London Bridge is falling down’, when many of us have not even seen the London Bridge up close,” says Shobha. 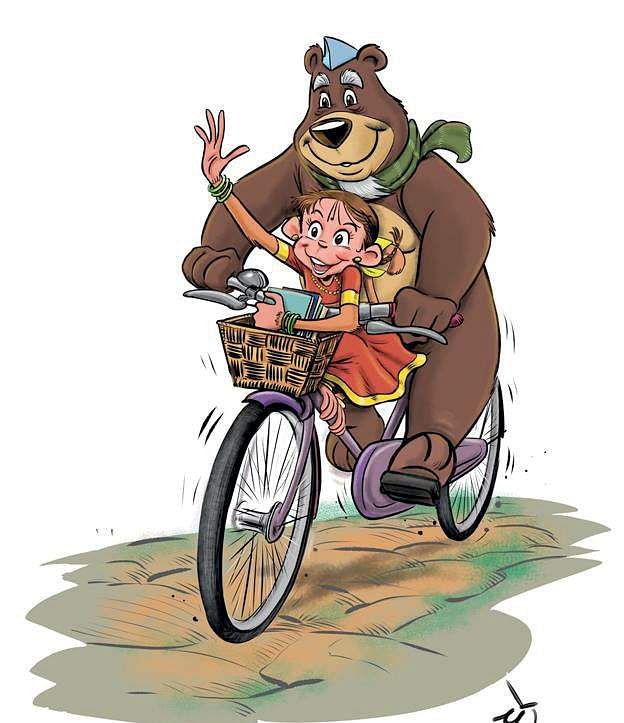 According to her, this was the influence of Western publishers on our children. Stories of Cinderalla and Snow White have so much impact on our children, that in schools, when they are given a task of story writing, they write about blue-eyed, blond-haired characters whose names are English. As a teacher myself who had returned from the US, I felt I had to do something,” says Shobha.

Thus, after a bit of research, Karadi Tales was born. The founders including C P Viswanath and Narayan Parasuram initially brought out a story book series. “Our first publication sold 30,000 copies. It is then that we realised that we could make a change,” said Shobha. One of the bigger challenges in front of the publishers was to make the story books exciting and colourful so that it was attractive to children. “This is where the real competition lay. The Western story books had excellent illustrations and narratives. However, we were determined not to fall out and roped in the best hands to ensure that our books had the same quality,” she added.

However, story books were not their only concern. There were lakhs of visually impaired children, whose access to audio sounds were limited to capsulated textbooks which were voice-fed into cassettes. “I worked as a volunteer for the visually impaired and did the same for them. However, what saddened me was that they did not have access to interesting rhymes or stories that they could hear. This was yet another impetus to bring out Karadi Tales,” she added.

Soon, the founders got in touch with actors in the Bollywood industry. Usha Uthup was roped in for a series of nursery songs including ‘Just like You’ where children with diverse names from 28 states in the country sing out their names, the language and place of their birth, and end up saying that despite all these differences, they were just like the rest. All the nursery rhymes were contextual to India’s rich heritage and was a reminder of children’s childhood. Most of it was written by Shobha herself.
Many other actors and celebrities have also been included in lending their voice for nursery rhymes and story telling, including Nasarudeen Shah, Vidya Balan, Rahul Dravid, Sanjay Dutt, Jaaved Jaaferi and Soha Ali Khan.