KOCHI: The road contractors no longer will be able to dupe the public and go scot free. They will be held responsible for their shoddy work. In what can be termed the first of its kind in the state, and maybe in the country, the Vigilance and Anti Corruption Bureau (VACB) and Ernakulam District Resident’s Association Apex Council (EDRAAC) have joined hands with the Resident Association Anti Corruption Movement (RAAM) to nip corruption in the grass route level itself.

RAAM is being considered a weapon that will fight corruption in the local level. If in the past corruption went undetected, RAAM will see to it that such incidents are reported and steps taken to prevent them. “It is a preventive vigilance measure. 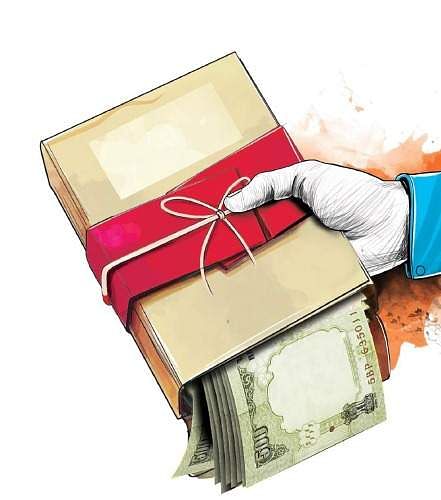 We want to make people react to corruption taking place at the grass root level. It is best to prevent corruption rather than reporting it later on. Since EDRAAC is a well -established resident association, we decided to start this venture first in Ernakulam,” Thomson Jose, Superintendent, VACB Central Range said.

K A Francis, Office Secretary of EDRAAC said a committee will be formed at each resident association under EDRAAC as part of RAAM.

The committee will have the president of the association, its secretary and five other residents. Similarly, another committee will be formed in the zonal level and the district level. “The committee members will communicate with the VACB officials.

They can report any incidence of corruption taking place at their wards. Using mobile apps like Whistlenow and Arising Kerala corruption can be reported to officials concerned,” he said.

EDRAAC has around 1,500 resident associations under its belt in Ernakulam district from Neriamangalam to Angamaly. In Kochi, there are more than 200 associations affiliated to EDRAAC. VACB will be organising awareness classes in the ward level to empower citizens in the fight against corruption.

After Ernakulam, RAAM will be implemented in Thiruvananthapuram and Kozhikode cities as well.
The official inauguration of the project will be held at Chengampuhza Culture Center, Edappally on Wednesday.