Kochi fails to live up to Open Defecation Free expectations

While the entire state is marching forward to achieve the Open Defecation Free (ODF) status by the end of the fiscal year, Kochi, the commercial hub of Kerala is playing spoilsport.

KOCHI: While the entire state is marching forward to achieve the Open Defecation Free (ODF) status by the end of the fiscal year, Kochi, the commercial hub of Kerala is playing spoilsport.

According to the progress report prepared by the Suchitwa Mission regarding the implementation of ODF, Kochi Corporation is the worst performing urban local body state with only 0.5 percent of the toilets completed so far. As on March 14, only nine toilets have been completed of the total 1950 proposed in the corporation limit.

The fact that the corporation has not even executed an agreement for the construction of 1,498 toilets reveals the lackadaisical attitude of the authorities. Of the 1,950 toilets to be constructed, 950 are new constructions while the rest are insanitary toilets which will be converted into sanitary under the ODF programme. 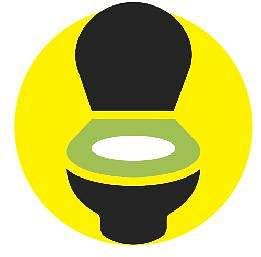 When contacted, a corporation officer admitted the implementation of ODF programme was being delayed. “The initial survey to identify the beneficiaries was conducted by Kudumbashree Mission. They submitted a report based on the survey. But the report was inconclusive as the corporation received around 3,200 applications through Akshaya centres.

Identifying the real beneficiaries was a time consuming exercise. This led to delay in execution of the programme,” said the officer on condition of anonymity.The shoddy implementation came to light after Kochi Corporation requested the Union Government to extend the deadline for implementation of the ODF programme by three months. The deadline to achieve the ODF goal will end on March 31.

Meanwhile Suchitwa Mission district coordinator Siju Thomas said several municipalities in the district have completed the work. “At least seven municipalities in the district have already completed the construction of toilets under ODF scheme. We are confident of completing the work in time. However, there has been some delay in Kochi corporation. We hope to sort it out soon,” he said.

Municipalities of Koothattukulam, Eloor and Maradu have already achieved ODF status. Muvattupuzha, Aluva,Thrikkakara and Kalamassery municipalities have completed the works and are waiting for the ODF tag.

Now we are on Telegram too. Follow us for updates
TAGS
Open Defecation Free