Stop playing that game. It won’t fetch you anything in life.” This was the common phrase Trilok Chander often heard from his parents when he was a child. “Well mum, gaming teaches me to be patient and perseverant. I apply that in real life and my lessons to get ahead,” he said, to convince his mother.

KOCHI:  Stop playing that game. It won’t fetch you anything in life.” This was the common phrase Trilok Chander often heard from his parents when he was a child. “Well mum, gaming teaches me to be patient and perseverant. I apply that in real life and my lessons to get ahead,” he said, to convince his mother.

Luckily today, this 30-year-old professional gamer from Hyderabad doesn’t have to spend time defending his act. Today, he is a Senior Software Engineer at Nvidia, a company which manufactures graphic cards worldwide. 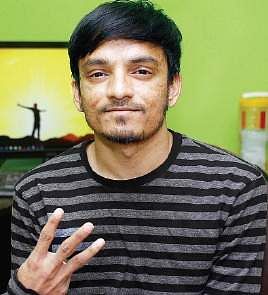 “Personally I feel gaming is a grossly underrated profession in our society. In fact, it is even looked down upon by those with conventional jobs and mindset. But I was passionate and I refused to ‘stop playing games’ even when others advised it won’t fetch me anything in life,” he shared. When Trilok was 11, he started gaming and even today he is a legend of-sorts wihtin the gaming community.

He started off with the harmless brick games on mobile game console sets. “In 2007, I was deperately in need of a job, I patiently waited to be placed on campus, but I was not. That is when I thought, Why not take up a career in gaming? I was passionate and that line of thought helped me settle in my career,” he gushes.

It has been seven years and today, Trilok gets the first access to any new game at cheap rates. Sometimes, he even has access to games in the beta mode. The passionate gamer, spends `500 every month on gaming, thanks to his job!

Playing on his PC after a hard day’s work unwinds him. “I don’t get the same kick when I play on the laptop or phone.

The old fashioned hand held consoles of PSPs promptly turn me off,” he smiled.  Ask him about cash prizes and he beams about he and his gang of friends who won `10 lakh in a gaming contest at Mumbai in 2008.

“Gaming has a direct impact on life. Gamers have faster reflexes and their patience quotient is higher,” shares Trilok. He says that it is fun to share a relationship with his virtual gaming friends by meeting them in person.

“I meet my online gaming partners frequently, not because we are gamers, but because we are like-minded, a trait that games teach us. To be a good player, you need to understand the mind of the opponent,” he explains.

His pick for beginners? “Play Plants vs Zombies, Dota 2 and Angry Birds. Dota 2 is also ideal for those who are serious about gaming as it helps them develop skills like patience, decode the technical aspects of the game and learn to act swiftly,” he says.