Portrait of an artist

KOCHI: In the 1930s, when the stage was still a taboo for women, an artist wooed the audience with his feminine nuances.

Ochira Velukutty Asan whipped up quite a storm playing buxom beauties, characters oozing charm and sensuousness. Hundreds were smitten, the spell so strong that they roamed his greenroom and even tried abducting ‘the lady’. But behind all the artistic glory lies a sea of grief, a life ripped apart by emotional and professional conflicts. Mapping the inner turmoil of the artist is Pen Nadan, Santhosh Keezhattoor’s solo play that was staged in the city on World Theatre Day. 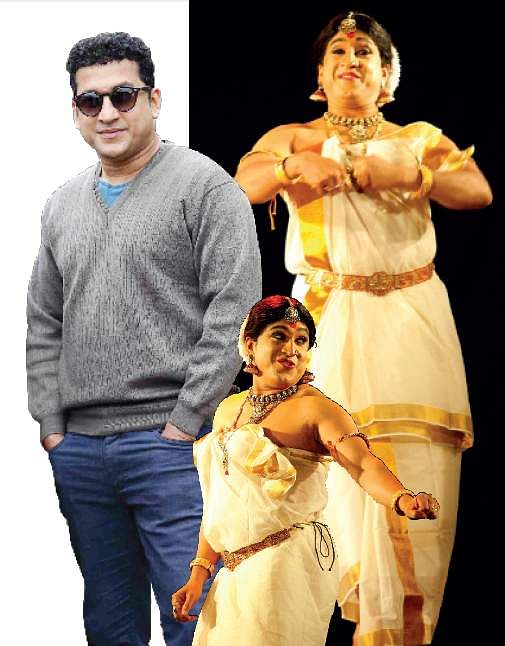 In the play, Santhosh gets into the garb of a string of heroines, roles immortalized on stage by the late actor. “The central character of the play is Pappukutty Asan and Pen Nadan is more like an independent adaptation revolving around the actor’s theatrics and private life. Many great artists share a vicious fate- if they are successful on stage, they fail in personal life. And our protagonist is also caught in the same destiny,” says Santhosh, also the director of the play.

From a voyeuristic society to a stormy family life, the actor had to face many an ordeals. “And there is always the social stigma associated with a pen nadan, questions on his gender identity. Though he was 100 percent woman on stage, Velukutty Asan was a man in reality, a fact even his wife opts to overlook.” Santhosh says he could easily relate to the pain of the artist, “every time I deck up as a woman for Pen Nadan I walk through a similar road. Despite knowing I am no woman, I get lustful glares and innuendo-ridden comments. He must have faced something far more torturous,” he adds.

Pen Nadan also explores the professional woes of theatre artists, especially those who have hit the fag end of their career. “The sense of vacuum they feel outside the stage, the way they are denied acceptance by the society and family- Pen Nadan portrays all this.” The play is interspersed with poetry, mostly the lyrical lines of Kumaran Asan. “Leela, Matangi, Vasavadutta, Nalini and Sita - Velukutty specialised in Asan heroines. He played Vasavdatta over 5000 stages,” says Santhosh.

Though Velukutty was the most-celebrated artist of his time, there are hardly any records on his life. “He was an unsung hero. Since there is no documentation, I had to do a lot of research for the production. In the play I have tried to interweave fiction into his  biography.”

Pen Nadan has its script penned by Santhosh Keezhattoor and Suresh Babu. While Madhusoodan has scored the music, Pattanam Rasheed takes care of makeup. The play was staged at Vyloppilli Samskriti Bhavan.