No kidding, It’s an unusual summer

KOCHI:  Traditional notions about summer camps are fast-changing. Gone are the days when children spent summer holidays with just a few trips to a painting workshop or at a roller-skating class.
Today, these camps are being taken to the next level and organisers are unafraid to let children explore. City Express takes a look at some of the different camps in Kochi. 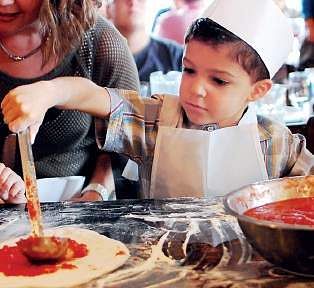 “People have developed an animosity towards animals, especially dogs. So, the youngsters have a tendency to throw stones at them fearing they are always dangerous. The aim of the workshop was to sensitise children about animals.”

traditional toy-making
Several organisers are organising story-telling, as well as toy-making camps. Youngsters are taught how to create toys by using coconut fibre. The students are also taught new ways of making gadgets. The Art Outreach Society recently organised a camp on traditional kite-making, as well as an origami and calligraphy workshop.

Outings
Children are taken for tours across the city. These trips include visits to places like the Museum of Kerala History, among others. There are also industrial visits which allow children to find their calibre at a very young age.

Baking
Now everyone is into cooking and baking. Cakes are a confectionary’s delight, so why not teach youngsters while they are very young. Organisers of Buddy Camp have taken baking to the next level.
The children are being taught how to make delicacies like the pizza. Parents are also invited to these camps because it allows them to foster stronger bonds. This usually helps during treasure hunts and cookery contests.

Kids are very enthusiastic about these camps. “Vacations become a bore after a week or two. Here, unlike a classroom or the confines of a home, the days are jovial and fun. We get to make a lot of new friends and also explore our creativity,” says 10-year-old Srirag. At the Museum of Kerala History, the children were made to produce a drama.

“Our drama was based on water conservation. We were also given the freedom to decide on our costumes and stage settings,” said Pranoy. Camps are also becoming more specific ensuring that children become more focused. Summer Music Camp by Crossroads,Summer Beats - a camp for aspiring dancers and the Student Police Cadet summer camp are also the kind of camps that are making a difference.