KOCHI: Amigo Taylor does not want to be photographed. That’s because he does not want to reveal his identity. As intriguing as it may sound, Amigo is a professional mascot costume character.
“I have been in the cartoon costume industry for the past 15 years and have donned some very famous cartoon characters in India. The first thing we are taught is that we should never show our faces to the public. That destroys the entertainment purpose,” he says. 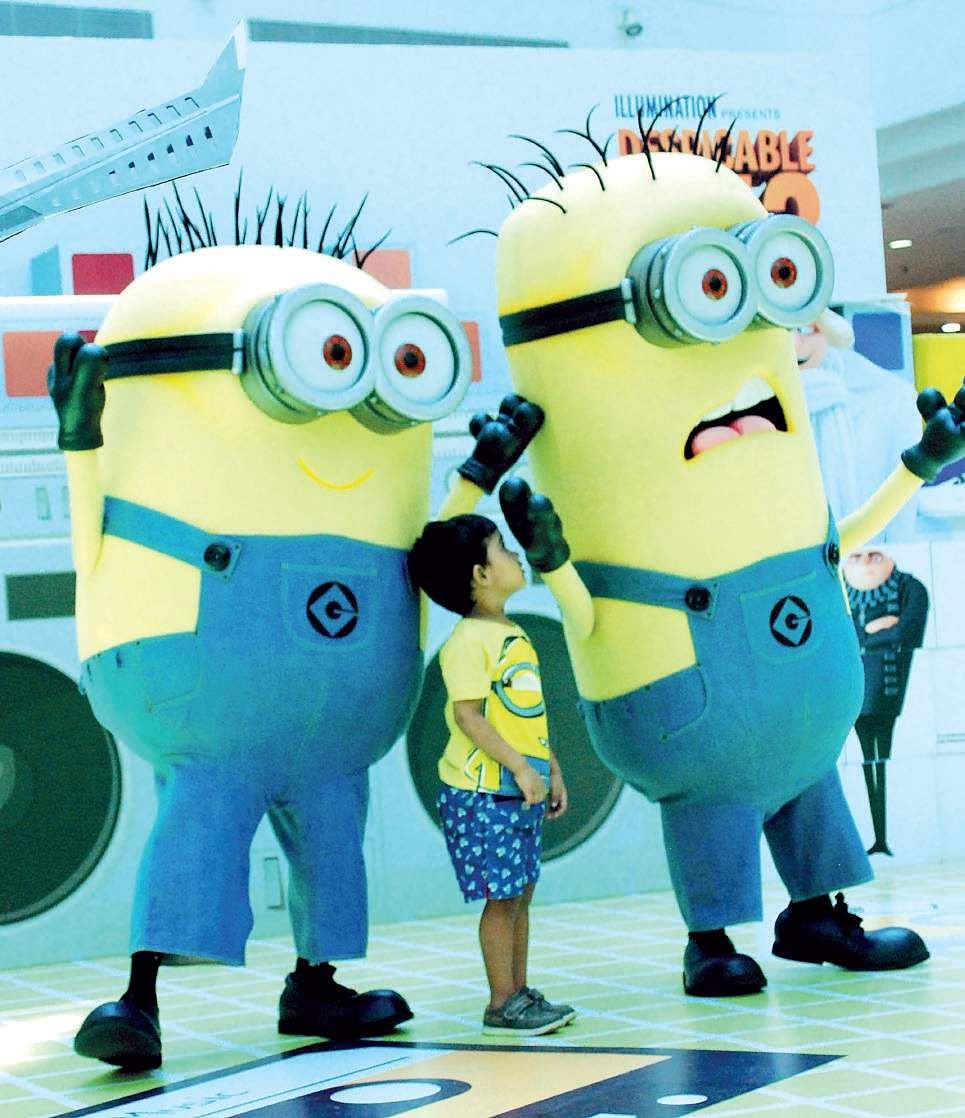 According to him, children are eager to believe that these costume characters are real and have come straight from the cartoons they see daily on television.
“It is such a delight to spent these hours with the children. They are so willing to be entertained and laugh and play with their favourite characters. In fact, every time I am with these kids, I feel like a celebrity,” he says, with a laugh.

Amigo has worn costume characters replicas of Chotta Bheem, Ben 10, and Mickey Mouse, among many others. Recently, two of his colleagues, from his Mumbai-based company, ‘Amigo’, represented the Minions, Jerry and Jorge, for the promotion of ‘Despicable 3’, which will be released in June.
“Before any mascot performs, they are given a specific set of guidelines from the company they represent. The NBC Universal Brand Development team developed the Minon Costumes. One of the main guidelines is that they are not allowed to dance to any Bollywood song. That will remove the sheen from the entire show,” he said.

Amigo says that before enacting any cartoon character, he watches the cartoon series many times. “It is a must. Only when I see the cartoons over and over again, I am able to perfect the mannerisms of the characters. This is part of the training,” he said.
The mascots are also trained to wear the costumes well. “For example, the Minions costume is quite heavy and can only be worn for 15 minutes. We are taught how to dance and move with the costumes,” Amigo said.

Going all over India

Bhavik Vora, the founder of Black White Orange, a brand consulting company, which has been entrusted to bring the Minions to India, says that they have so far taken the Minions to Hyderabad and now Kochi. They will soon travel to Mumbai, Bangalore, Delhi and Noida.
The company is also promoting the Minon merchandise, like apparel, bags, back-to-school products, bed and bath as part of the promotions.
Workshops and fun games like ‘Art with Minions’; ‘Minions Jigsaw’ ; ‘Minions carpet’; ‘Craft with Minions’ and an interaction with the Minions were also organised at the two-day meet held in Kochi recently. A colouring workshop with the theme ‘minions’ were also held.

“I’m a big fan of the Minions. I’ve watched all the Minion movies and I am looking forward to watch Despicable 3 too. These workshops are so much fun”- Natasha Maria Gladson  “More such workshops should be conducted. It was really interesting and nice”
- Roshni R Nair