Scripting a creative saga in recycling

People call it scrap, but she prefers to call it dolls. Vijitha Ratheesh, a psychology student from Palluruthy who broke the Guinness record by making dolls from scrap materials, is now getting ready.

KOCHI:  People call it scrap, but she prefers to call it dolls. Vijitha Ratheesh, a psychology student from Palluruthy who broke the Guinness record by making dolls from scrap materials, is now getting ready to publish a book on how to effectively recycle scrap materials.“I wanted to break the Guinness record by making the maximum number of dolls in a short time period. I made a variety of 1,350 dolls using invitation cards, public notices and paper trash in five months, for which I earned the record last year,” Vijitha said. She excitedly spoke about her upcoming book which will be a tutorial guide on how to make the maximum benefit out of scrap items. 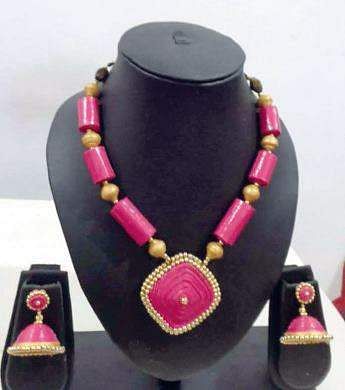 “By using examples like an ice-cream bowl or a bulb, I explain in my book how it can be used creatively,” she said. Vijitha mentioned as a lot of information is available on using the recycled materials, she has tried to bring a fresh element in her book. She emphasised that through the book, she intends to make people aware of novel ideas on this topic.She had an interest in craft from her school days but was more into painting and drawing. Vijitha noted her father used to take her for all the craft competitions. In the past few years, she developed a passion for craft materials and started making jewels. She mentioned about her husband’s support with which she is able to spend enough time for her craft.

Vijitha also holds another record in her name apart from the Guinness one. She entered the Limca Book of Records in 2016, when she made jewels using cardboard. “I did that to convey a message on recycling and was happy that it got recognised widely,” she said. She has also conducted a few exhibitions of her jewels.
Vijitha mentioned that one can make so much out of scrap, but unfortunately it ends up in the dustbin.

While using scrap paper and materials, I feel there is more freedom as we are not limited to any colour or shape,” she said. She added that whenever she falls short of a particular colour, she can easily replace it. As Vijitha gets busy on creating new items, she is eagerly awaiting the feedbacks for her ideas presented in the book, which will hit the market soon.

Now we are on Telegram too. Follow us for updates
TAGS
Guinness record scrap materials recycling