The government expenditure on health should increase to at least 2.5 per cent of GDP by 2025.

KOCHI: Over 40 per cent of all patients admitted in Indian hospitals have to borrow money or sell assets to cover their medical expenses, and 25 per cent of all farmer patients are driven below poverty line by catastrophic healthcare costs. This insight was provided by experts in public health at the two-day International Public Health Conference that got under way at Amrita Institute of Medical Sciences on Friday. 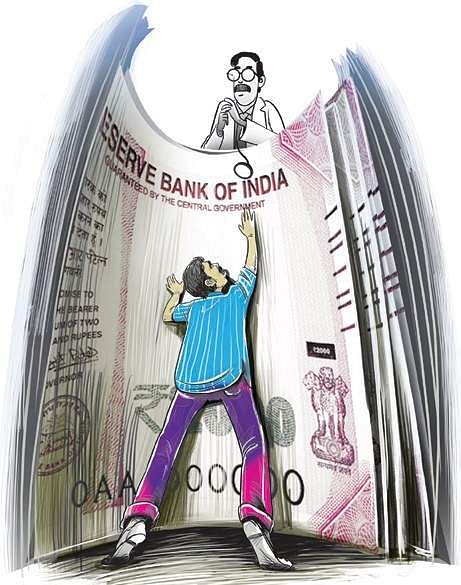 India is currently suffering from the triple burden of disease — the unfinished agenda of infectious diseases; the challenge of noncommunicable diseases (NCDs) linked to lifestyle changes; and the emergence of new pathogens causing epidemics and pandemics.

NCDs today account for 61.8 per cent of all deaths in India, followed by communicable diseases (27.5  per cent) and injuries (10.7 per cent). While infectious and associated diseases made up the majority of disease burden in most of the states in 1990, this was less than half in 2016. The health system of the country is largely geared to address only acute disease as of now, and there is a need to change this tendency to include the rising pattern of non-communicable diseases.

Dr Vijayakumar, chief of public health, Amrita Hospital, said the rapid growth of the private health sector has come at a time when India’s public spending on health at 0.9 per cent of GDP is ahead of only five other countries – Burundi, Myanmar, Pakistan, Sudan and Cambodia. Only 33 per cent of Indian healthcare expenditure in 2012 came from government sources. Of the remaining private spending, as much as 86 per cent was out-of-pocket, he said.

While the biggest killer of Indians in 1990 was diarrhoeal disease followed by ischemic heart disease, today this order has got reversed. Lung diseases have also grown rapidly among the Indian population.
Chronic obstructive pulmonary disease (a group of lung conditions that cause breathing difficulties) has climbed the charts to become the second deadliest killer of Indians today, up from number 5 in 1990.
Dr Aswathy Nair said investing more in health as well as disease prevention and health promotion should be the topmost priority.

“The government expenditure on health should increase to at least 2.5 per cent of GDP by 2025. The existing government healthcare infrastructure needs strengthening to improve the process of service delivery. The emerging epidemic of non-communicable diseases needs to be addressed,” said Aswathy.

Kochi: Experts say  while Ayushman Bharat Yojana is a big step in public health and a harbinger of change, the road to universal health coverage will not be easy in a country like India. It depends on how fast and how well can the government evolve this scheme with the changing and emerging healthcare needs of Indians. Dr Vijayakumar said Ayushman Bharat signals a shift in government’s focus from particular diseases and reproductive and child health to comprehensive primary healthcare.

“There is heavy involvement of the private sector in this scheme. Yet, several issues remain. The programme is being launched without much preparation and there is a lack of focus on reforming the broader healthcare system. Package rates under Ayushman Bharat for various procedures and interventions are deemed too low by private hospitals. It caters to only inpatient expenditure, while outpatients and medicines are not included in the programme,” said Vijayakumar.

Stay up to date on all the latest Kochi news with The New Indian Express App. Download now
(Get the news that matters from New Indian Express on WhatsApp. Click this link and hit 'Click to Subscribe'. Follow the instructions after that.)
TAGS
medical expenses Amrita Institute of Medical Sciences