The decisions and plans evolved at the meetings will be discussed at a grand event to be held in January.

KOCHI: Promulgating the message that menstruation is not impure,  Aarpo Aarthavam, a forum standing for the rights of the oppressed,  will convene a day-long programme 'Kodiyettam' on Sunday.
The meet will discuss discrimination of women on the backdrop of Sabarimala issue at Vanchi Square from 10 am to 2 pm. 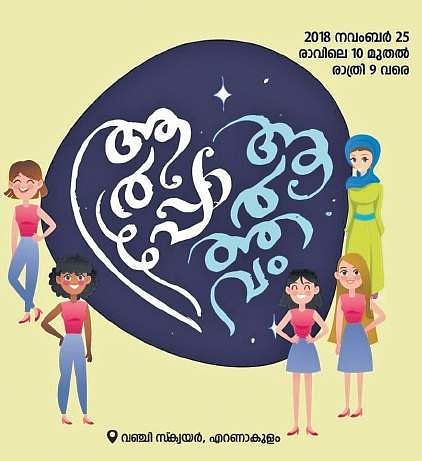 The decisions and plans evolved at the meetings will be discussed at a grand event to be held in January.  The programme will witness the participation of activist Mridula Devi Sasidharan, thinker Sunny M Kapikkad, orator Sunil P Ilayidam, writer S Hareesh and critic Sreechithran M J along with many others."The primary aim of Aarpo Aarthavam is to debunk the myths around menstruation. When we have a constitution which asks us to promote scientific temper, our society is still beating around the fallacious concept of 'impurity.' An innocent Vijayalakshmi from Thanjavur was killed in Gaja cyclone as she had to stay isolated in a shelter. This is what many political parties, including BJP and Sangh Parivar, propagates. So, we wish to make people aware of such issues in the backdrop of Sabarimala protest," said Maya Krishnan, general convenor, Aarpo Aarthavam.

"The various committees are led by females. We have participants from every section of society. #HappyToBleed group have promised their participation. Info Clinic, the online group of doctors which campaigns for a scientific approach towards health issues, and many others will also join us," said Maya.
The organisers will also publish a book which narrates stories of menstruation written by people from all walks of life. "The book is aimed at informing the mass that it is a biological process and there is nothing impure in it," said Maya.