A whiff of paradise

The moment the Kochi-based travel entrepreneur Tharun Anto crossed from Jaigaon on the Indian border to Phuntsholing, the entry point to Bhutan, the difference was like night and day.

KOCHI: The moment the Kochi-based travel entrepreneur Tharun Anto crossed from Jaigaon on the Indian border to Phuntsholing, the entry point to Bhutan, the difference was like night and day. “In Jaigaon, it was noisy, dusty, dirty and overcrowded,” he says. “But in Phuntsholing, it was spotlessly clean, sparsely populated, and there was very little dust.” His local guide, Ugyen Phuntsho hopped into Tharun’s Renault Duster at the border town.

Tharun had decided to go to Bhutan because it is the only country which measures its prosperity by Gross National Happiness, whereas all the other countries measure it by Gross Domestic Product. “I wanted to find out whether the people were actually happy,” he says. His initial impressions were positive. 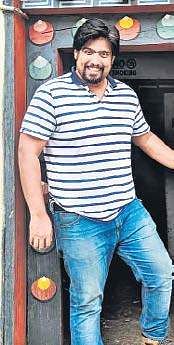 There were numerous trees lining the two-lane highway. And it is a country that abounds in nature. “In fact, in Bhutan, there is a constitutional law which states that 70 per cent of the country should always be under forest cover,” says Tharun. “However, this is not very difficult because it has a population of only eight lakh people.” (Incidentally, it has the same geographical area as Kerala, but the state has a population of 3.5 crore).

Soon, Tharun was off to see one of the most popular tourist sites in Bhutan: the Tiger’s Nest at Paro (10,000 feet above sea level), which was built in 1692. This is a sacred site for the Buddhists.
According to historical records, in the eighth century, Guru Padmasambhava, who introduced Buddhism to Bhutan, meditated for three years, three months, three weeks, three days and three hours. There are thirteen taktsangs or ‘tiger lair’ caves in which he meditated. “To reach the top is a two-hour trek,” says Tharun. “But it is worth it because the view from the top is awesome.”

Another place to visit is the Dochula Pass, which is on the road from Thimpu to Punakha where 108 memorial chortens or stupas have been built by Ashi Dorji Wangmo Wangchuk, the eldest Queen Mother. These were made in honour of the Bhutanese soldiers who died in a battle against Assamese insurgents in December, 2003. Apart from this, there is also a Royal Botanical Park.

It was while travelling around that Tharun noticed that the male phallus was painted in nearly all government and private buildings. “The phallus is regarded as a sign of prosperity,” says Tharun. “It is also a protection against evil. In one monastery where I went the monks blessed me by touching a large phallus against my head, the way Christian priests use the Crucifix.” There were many phallus souvenirs on sale for tourists.

He also liked the houses, many of which were made of stone, cement and wood. “I was told that wood absorbs a lot of heat,” he says. “So, it is good to stay in a wooden house in winter.”
In fact, Tharun did stay at a wooden home at Punakha, which belonged to a woman called Aum Dajozam. She had worked in the tourism industry at Thimpu (85 kms away) for four years and had to leave her job to look after some land she had inherited at Punakha. Her husband gave her the idea of allowing tourists to stay at their home.

Tharun stayed in a room of only 125 sq. ft., on the first floor. “The rooms are small because the Bhutanese are small people,” says Tharun. The average height is 5’4” for the men and 5’ for the women.
“The room was pleasant,” says Tharun. “There was no need for a fan. The temperature was 24 degrees centigrade and there was little humidity.”

He also took the opportunity to partake of the local food. Ema datsi is the national dish. It is a cheese curry, which has large green chilli peppers and potatoes. Mostly, the Bhutanese eat a lot of beef and pork, to feel warm. In a place called Bumthang, in central Bhutan Tharun ate bread using the local butter, which was far less salty than those found in India, along with honey. He also had an ara, which is a rice wine and has an alcohol content of 14 to 18 per cent.

“You can get high very fast,” he says, with a smile.
Finally, when asked whether the Bhutanese people are happy, Tharun replied in the affirmative. “They are kind, helpful and serene,” he says. Asked the reason behind their happiness, Tharun says, “From childhood, they are trained to think of death at least five times a day. When you think of death so often, you learn to appreciate whatever you have.”

Long journey
Tharun Anto travelled from Kochi all the way to Jaigaon in West Bengal on his Renault Duster. Accompanied by a cousin, he went across the states of Tamil Nadu, Andhra Pradesh, Orissa and West Bengal.
Asked the state of the roads, Tharun says, “The roads in Tamil Nadu are excellent. In Andhra, the roads are good but people are always crossing them, so you cannot drive fast. In Orissa, the road quality is not that great even though they have four-lane highways. There were sections where there were potholes. As for West Bengal, the road to Kolkata is great but from Kolkata to Jaigaon the roads were not that good.” Tharun also returned the same way. The total distance travelled was 7,924 km.