Mental Health Day: OCD, not an affinity to cleaning

According to a study conducted at the Ernakulam Medical College under Dr Jayasurya, a psychiatrist currently working with Nimhans,  the point prevalence of OCD in Kerala is 3.3 per cent.

KOCHI:  The teachers of Swathi, 18, were surprised one day when they noticed a lot of words had been repeatedly struck by her with a pen in a book though they were all spelt correctly. When they asked her why she was doing it, she gave a bizarre reply, much to the astonishment of the teachers.

Swathi believed she could prevent ill-faith befalling her family members if she kept on striking off a particular word she was writing when an ill-thought came to her mind about her family or religion.
If the thought occurred in her mind when she was writing ‘the’, she would strike off the word and write it again until the thought went away.  Sounds absurd?  Swathi has been diagnosed with Obsessive Compulsive Disorder or OCD. 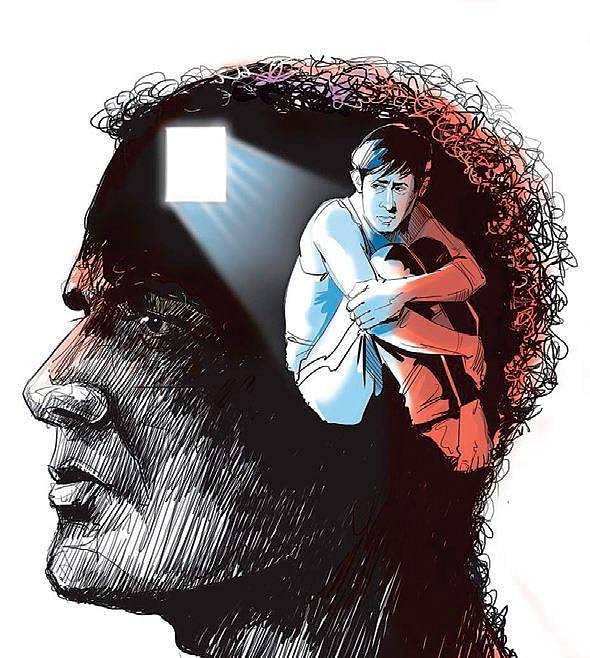 “Your OCD is showing” - many might have heard this famous line over and over in pop culture. Clueless people, who have no clear-cut idea about what OCD entails, have coined the dialogue that ‘defines’ OCD as extreme affinity to cleaning and orderly behaviour, which is misguiding.

“OCD is an anxiety disorder in which the sufferers will have repetitive and intrusive thoughts. A person with OCD develops obsessive thoughts, some of which the patient feels are extremely blasphemous. They themselves know the thoughts are excessive. The mental health disorder also manifests in people in small forms, most importantly when a person is adamant about repetitive cleaning, assigns a particular place for objects, has specifications to the very minute detail and refuses to compromise on it,” says Dr Dinesh N, a psychiatrist at Amrita Institute of Medical Sciences.

According to a study conducted at the Ernakulam Medical College under Dr Jayasurya, a psychiatrist currently working with Nimhans,  the point prevalence of OCD in Kerala is 3.3 per cent. Among this, the prevalence of OCD with ‘taboo thoughts’ is 67.1 per cent while 57.4 per cent prevalence of  OCD with ‘mental rituals’ is also seen. Many fail to understand the depth of the fear psychosis and tag them ‘mad’ or scoff at them. The stigma surrounding mental health disorders surfaces in these instances.

Mira, another patient, stopped having solid food because she was scared of choking. Her health deteriorated and doctors advised her kin she be taken to a psychiatrist. She also felt the need to repeat her actions like folding a towel or closing a door. What prompted these repetitive actions was her worry that if she didn’t do it, her near and dear ones might get hurt.

Priya, 40, the mother of two kids, suddenly stopped going to the kitchen. She suddenly had a feeling she would hurt her child with the knife. “My son has a particular cup. He drinks his tea only from the cup and I have to fill the cup specifically with the amount he needs. He gets distressed if it doesn’t happen,” says Anita, the mother of an adolescent diagnosed with OCD.

“OCD is prompted by ‘magical thinking’. OCD patients believe if they do not perform a particular action, something bad might befall them or their near and dear ones. In a way they are emotionally blackmailing themselves,” says Dr Elsie Oommen, a psychiatrist.

More from Kochi.
Now we are on Telegram too. Follow us for updates
TAGS
Obsessive Compulsive Disorder OCD Mental Health Day