Brandy is the toast of the town for Kochi tipplers

KOCHI:  Kochi tipplers prefer brandy more than any other alcoholic drink. Figures from Kerala State Beverages Corporation Limited (Bevco) Aluva warehouse, which supplies liquor to outlets, bars and hotels located in the city, show brandy topped the sales of rum, wine, vodka, whiskey and gin combined. What is further interesting is that while rum held the leading spot across the state until a few years ago, the last three years have witnessed rum sales closing at less than half of brandy out go in Kochi.

Among the seven premium alcohol outlets run by Bevco in city limits, the Gandhi Nagar self-help mart stocks 54 labels of brandy of which Royal Arms, Mansion House and Mc Dowell's are most-selling variants below Rs 1,000 category. Radico Morpheus XO, Kyron and Mc Dowell's Caeser, which cost Rs 1,000 and above, make up the majority sales amongst high-end ones. 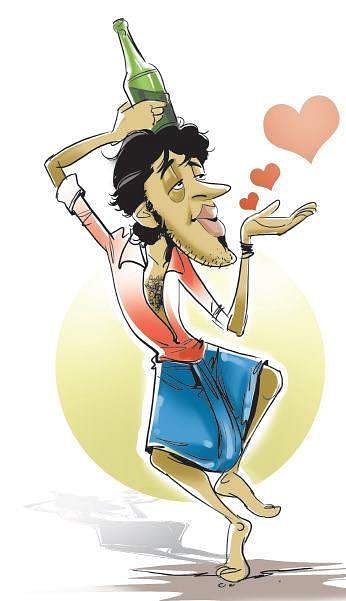 “Nowadays, many customers have started opting for foreign-made brands. Gold Napolean which sells for a little over Rs 1,500 has been doing brisk business,” said an employee at a Bevco outlet.  Bevco runs around 25 outlets in Kochi and has classified them as cheap, semi-premium and premium. “Honey Bee, White Mischief and Farmer's are some of the inexpensive brandy labels which are sold in the cheap category Bevco shops,” said the employee.

Apart from Bevco, Comsumerfed operates six premium alcohol stores in and around Kochi in Koothattukulam, Gandhi Nagar, Vyttila, Banerji Road, Thoppumpady and Njarakkal where again brandy rules the roost. “If you compare with North Indian states where whiskey is the most sought-after drink, Malayalees prefer drinking brandy or rum. It could be because brandy implies a certain social status among Keralites. Many consider it the drink of the wealthy and there is a certain aspirational significance attached to brandy's consumption,” said Satyanarayanan, Excise Preventive Officer.

Beer, which is excluded from the Indian Made Foreign Liquor (IMFL) category and the sale of which requires only the subsidiary F11 licence, is procured by a greater number of hotels, parlours and bars but still falls short in comparison with brandy. “We stock more than 25 varieties of beer, including the 650 ml bottles and cans. However, Kingfisher makes up 70 per cent of its sales,” added the Bevco employee.

Though the data show the sales of IMFL in 2018-19 have gone up from the previous year, a cumulative trend since 2016 indicates a dip in alcohol consumption among Kochites. “Both Bevco and Excise epartment monitors wholesale trade from warehouses; we do not have retail figures. Yet, we can infer that alcohol consumption has come down in recent times. This is an all Kerala trend. One reason is that youngsters are leaning more towards drugs and another aspect could be abstinence from alcohol among a small percentage of former drinkers,” said N S Salim Kumar, the outgoing Joint Excise Commissioner, Central Region.

Now we are on Telegram too. Follow us for updates
TAGS
Kerala State Beverages Corporation Limited Kochi Brandy sales