Best of both worlds

Dr Robin Radhakrishnan, popularly called as ‘doctor machaan’, greets everyone with a smile accompanied by his mantra ‘keep smiling’.

KOCHI: Dr Robin Radhakrishnan, popularly called as ‘doctor machaan’, greets everyone with a smile accompanied by his mantra ‘keep smiling’. “There was no one to motivate me when I struggled. I do not want the same for anyone else,” says the 29-year-old doctor, whose Instagram profile boasts of 53,000 followers.

The reason? His videos in which he acts out various popular scenes from Malayalam movies and motivates others. Robin had always fancied show business but was unable to pursue it. More than a year ago, Robin joined Instagram. “I was not on social media until then. Instagram fascinated me and I made a profile,” he says. 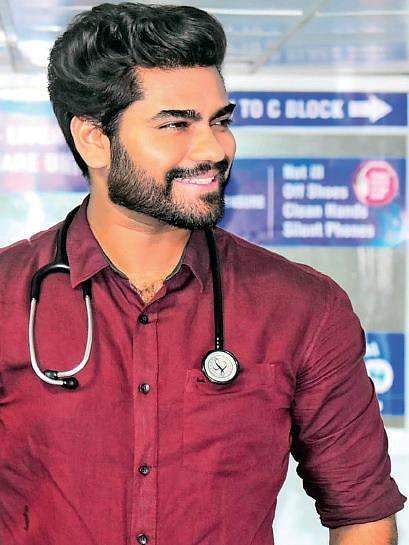 Robin began by uploading a few videos. The rest was taken care of. The videos were shared by  several talent hunt pages. Within a few weeks, Robin, who was leading a normal life at the GG Hospital in Thiruvananthapuram, became an overnight celebrity. He began getting recognition. He received more than 3,000 wishes on his birthday. “I posted a video citing thanks which received good response too,” he says.

Initially Robin would upload videos which showed his acting ability. He later included voice overs too. “Voice overs were uploaded upon request from my followers. They were widely accepted,” he says. Soon, he began to post motivational videos. “Sam, a 24-year-old security guard at the hospital spoke to me about his dreams. I asked him to share it with the audience in my video,” says Robin, whose motivational videos have cheered up several followers.

Robin has another feather on his cap. A movie scripted and directed by him tiled Dr John David starring actor Jayaram and himself is in its post-production. “The film is expected to be in theatres by the end of this year,” he says. When questioned about how he makes time for a multitude of activities, he says: “Nothing is impossible. Everything can be done if you are passionate about it.”