A perfect gift for the right person

KOCHI:  Name an occasion and Reshmi Easo will have a customised gift box ready for you. From birthdays and anniversaries to housewarmings and weddings, Reshmi has something for everyone. Sensing a gap in the gifting market, she started Grande Gift Hampers in 2016. In three years this former employee has curated gifts for some corporate firms and has worked with the Kerala Startup Mission as their official gifting partner for the recently-concluded Women Startup Summit.

Reshmi worked for the Stock Holding Corporation for fifteen years and decided to take a break after her second son was born. It was during that period that she wanted to do something creative. Also, starting a venture was an idea she had been harbouring for a few years. She had considered different options while she was working but nothing materialised. Eventually, Reshmi realised that there was a gap in the market with regard to gifting. 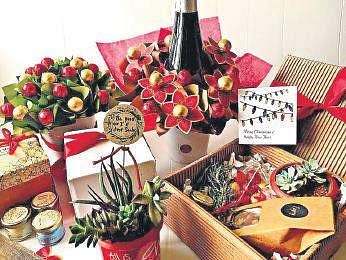 “In the sense that most people nowadays are always busy and end up gifting something that is not personal or something that is of no use to the recipient,” she says. “Even corporates fall back on either sweets or dry fruits to gift their employees during the festive season. I felt that there can be something unique and meaningful that can be done. So my mission became to find ways to address the needs of busy individuals who do not have time to shop.”

Though the brand officially launched three years ago, Reshmi had already started curating gifting options since 2014. She would create personalised hampers for her friends and family. “I started getting good feedback from people who received my hampers. It was then I understood that this could be extended further,” she adds.

Reshmi is mindful of the importance of purposeful gifting. “When we curate a box, we make sure to include things that the giftee can use immediately and something like a keepsake which will remind him or her of the person who presented the gift. We at Grande have two options: pre-curated or customised hampers,” says the young entrepreneur.

Reshmi sources most of the gift items from artisans and women entrepreneurs across India. So, she purchases handmade soaps from a brand called The FIG, jute bags and pouches from Prakrithi Me. Reshmi also includes products made by a Kerala-based ayurvedic brand called Nature’s Veda. The chocolates are sourced from a Mumbai-based maker called Toska. “We have also acquired ceramic bowls from a few brands based in Auroville. Now a large percentage of our clients are corporates. Earlier, since we started with chocolate bouquets, our customer base was mostly individual gifting for birthdays and anniversaries,” says Reshmi.