‘Ravage the hills, choose your destiny’

The massive landslides at Kavalappara in Malappuram district and Puthumala in Wayanad district should serve as an eye-opener for Kerala to embrace eco-friendly development.

The massive landslides at Kavalappara in Malappuram district and Puthumala in Wayanad district should serve as an eye-opener for Kerala to embrace eco-friendly development. There are many factors like geological, morphological and physical that can trigger a landslide, but human interference is the most deadly factor that can accelerate an ecological disaster.

The two locations - Kavalappara and Puthumala - are located on two sides of the same hill and it is not nature’s fury but indiscriminate encroachment, unscientific agricultural practices and the construction spree that triggered the massive mudslide, that swept away huge tracts of land. 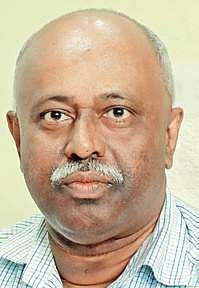 I was part of a study on Nilambur as part of the panchayat resource mapping in the 1990s which recommended changes in land use for protection of the ecology. Later, the Geological Survey of India also conducted a study and gave similar recommendations. Unfortunately, all these study reports were neglected and the hillocks that harbour a very rich floral and faunal biodiversity were ravaged to satiate the never-ending greed of the settlers.

The hill ranges here are steep and considered as ecologically fragile and landslide-prone. The average slope is above 45 degrees and it has been reminded time and again that any human intervention will definitely disturb the whole ecosystem. Simultaneously, 10 other taluks are identified as landslide-prone areas in the state. Single trunk trees like coconut, arecanut and crops like plantain, rubber, tapioca are not allowed in these areas.

Construction activities are restricted in the ecologically sensitive areas of the Western Ghats. But people have been cultivating all types of crops in the sloppy terrain paying little heed to the warnings. Deep-rooted trees located in the steep terrain were felled for monoculture, which weakened the soil, making the hills susceptible to landslides.

Kerala, protected by the Western Ghats known as Sahyadri, is blessed with abundant sunshine and copious rains which helped it harbour the rich flora and fauna. The Western Ghats receives an annual rainfall of 3,000 mm which is higher than the national and global average. The Ghat region, which extends to a length of 1,600 km from the mouth of river Tapti in Dhule district of Maharashtra to Kanyakumari in Tamil Nadu, is spread over 1,60,000 sq km and is one of the rare biodiversity hotspots on the planet.

The Western Ghats mediates the rainfall regime of peninsular India by intercepting the southwest monsoon winds. The western slopes of the mountains experience heavy annual rainfall while the eastern slopes are drier. Dozens of rivers originate from these mountains, including the peninsula’s three major eastward-flowing rivers. Thus, they are important sources of potable water, irrigation, and power.

The wide variation of rainfall pattern in the Western Ghats, coupled with the region’s complex geography, produces a great variety of vegetation types. The Western Ghats harbours approximately 5,000 species of vascular plants belonging to nearly 2,200 genera, of which about 1,700 species (34%) are endemic.

Extremely high population pressure has seriously stressed the region’s biodiversity. The forests of the Western Ghats have been selectively logged and highly fragmented throughout their entire range. Forests have been converted to agricultural land for monoculture plantations of tea, coffee, rubber, oil palm, teak, eucalyptus, and wattle, and are also cleared for building reservoirs and roads.  Encroachment on protected areas further reduces the extent of forests. Grazing cattle within and near the protected areas causes severe erosion of previously forested slopes.

Much of the remaining forest cover consists of timber plantations or disturbed secondary growth. Today, only 20 per cent of the original forest cover remains in a more or less pristine state.

The irony is that the encroachers are not bothered about the repercussions of ravaging nature. They throw regulations to the wind to achieve their goals and scorn the warnings about the implications of disturbing the rhythm, rules and regulations of nature. The choice is ours. Sorry, yours and mine. We choose our own destiny.

Now we are on Telegram too. Follow us for updates
TAGS
Kavalappara Kerala floods Landslide