Cop on the right track

Meet Jeemon Antony, a senior civil police officer, who is the only moto racer in the State  Police

KOCHI: Jeemon Antony was barely 18 when he decided to own a bike. His search for the 'perfect machine' took him to moto racer Binu John, who suggested a Yamaha RX 135. A few days later as Jeemon was riding on his new bike, he met Binu again, who was on his way for a practice ride. Jeemon joined him only to find himself being taken over by the adrenalin rush. 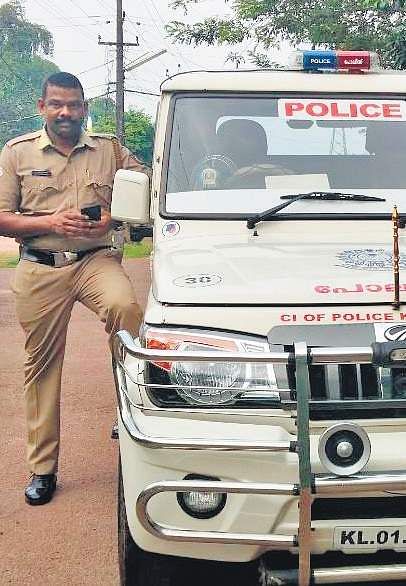 As Jeemon puts it now, "The craze began that moment".  Fifteen years later, Jeemon, a senior civil police officer with the Kalammasery Police Station, is the only moto racer in the State Police.As he gears up to take part in the MRF MOGRIP FMSCI National Rally Championship, the first leg of which will be held in Indore soon, Jeemon talks about his passion for the sport, which has scant recognition in the state.

"I am probably the only racer from the police all over the country. I began racing in 2000 only to leave it in 2008, due to financial pressures. I decided to go back last year and it has been a successful comeback so far. I took part in over 10 Federation of Motor Sports Clubs of India- approved events and came first in five events. I could get placed in almost all the events I participated. It has been an exhilarating comeback," he adds.

Jeemon had also won the Kakkoor Kalavayal Invitational Dirt Race 2018, which has riders from all over India participating in it.But, not without hindrances. He says the sport is too expensive for someone like him. "It needs a lot of investment. The bike, Royal Enfield Himalayan I ride cost me over `2 lakh. I had to spend another `1 lakh for modifications. The gears are costly too. Without sponsors, it is a tough ride. The prize money is far less to make up for the expenses," says Jeemon.

Finding a space to practice is another roadblock. "Kerala roads aren't suitable to practice. I carry the bike on a pickup truck to the ground at Kalamassery where I practice. I never ride on city roads. Bias against racers among people doesn't help too," says Jeemon, bemoaning the lack of facilities in Kerala for motosports.

He hopes a favourable stance on the part of the police will help him pursue the sport."I pursue this passion with the knowledge of my seniors. However, every time I attend an event, I have to take leave," says Jeemon, who is the driver at Kalamassery station.