The word ‘Pointillism’ may not be familiar to all art lovers.

KOCHI: The word ‘Pointillism’ may not be familiar to all art lovers. Developed by two impressionist painters,  Georges Seurat and Paul Signac in 1956, Pointillism is a technique of painting which involves filling the canvas with small dots to form an image. Unni Shankar, a self-taught artist from the city, is conducting ‘Festival of Pointillism’ at Dravidia Art Gallery, Fort Kochi, which features close to 24 of his works in the medium.

Unni is perhaps the only artist practising Pointillism in Kerala. “All works are monochrome and were made only with dots. I am calling the show a festival because the technique used in my art is different,” says Unni.“Many artists employ the technique to illustrate magazine covers and comic books. However, no one takes it as an artistic medium to paint,” adds Unni. He has accorded distinctive facets to his art, “Most Pointillism artists work on drawing paper. 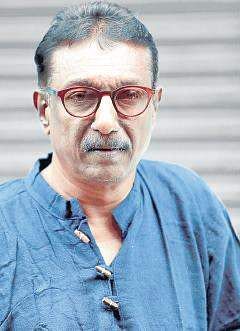 But I’ve used canvas. The advantage and disadvantage of drawing on paper is that you can correct your mistakes: Erase or touch with white ink. But while working on a canvas, correction isn’t possible. If the dots are excess or out of shape, one will have to re-start all over again.”

The dots are made using Rotring pen which is available in different nib sizes. “There’s no room for error while working in black and white. Pointillism requires extreme focus, concentration and calm mind. The seriousness of the technique can only be gauged if you observe the effort put  in by the artist,” says Unni.

Born in Chendamangalam, Unni is now settled in Pookkattupady. “I realised that no artist was specialising in Pointillism. That’s why I decided to move away from the grain and focus on the method.” He asserts that being a self-taught artist has given him the freedom to experiment in his works. A few of his acrylic paintings were exhibited in Moscow four years ago. “All that matters is the subject and beauty of the painting,” he adds.

Unni is also a sculptor. Festival of Pointillism, which began on November 4 will conclude at the end of the month. “Fort Kochi has a unique culture that is influenced by its various communities and tourists who visit the place. I am hoping the show will be visited by foreigners. I am thankful to the gallery for presenting my works for an extended period,” concludes Unni.