Lajo Jose secured his place among Malayalam writers with his first two novels—Coffee House and Hydrangea.

KOCHI:  Lajo Jose secured his place among Malayalam writers with his first two novels—Coffee House and Hydrangea. His love for thrillers, as portrayed through these books has spilt over to the latest one too. The psychological narrative named ‘Ruthinte Lokam’ (The World of Ruth) was released on October 31 by DC and already has readers gasping in suspense. 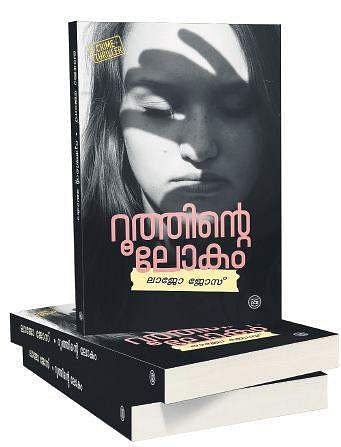 “The novel deals with the story of Ruth who suffers from retrograde amnesia. The story is narrated through the perspectives of Ruth and her husband Ronald. The reader travels with her and has to find out about her past and present,” says Lajo.The author adds that writing a psychological thriller was an international move.“The genre has not been explored to its full potential in Malayalam, and this has always bothered me. The last book in this genre happens to be Malayattoor Ramakrishnan’s Yakshi. I like to avoid repetition of styles and storylines, that’s why Ruthinte Lokam is a mind-bending piece,” he says.

Being brought up in Kottayam, Lajo says it was a proud moment when DC Books approached to publish his book. He started writing in October 2018 and finished by November 2018. “DC Books is Kerala’s top publication. So it was a major confidence booster. The editorial team called me to talk about a series like Coffee House, but I didn’t have one handy. So they asked about standalone works and I pitched this one.” 2,000 copies were printed in the first edition and they got sold out in four days. 3,000 copies have been printed in the second edition.

Response from his readers have been encouraging, and people love the nail-biting twists, says the writer. “Many people messaged me saying that they couldn’t keep the book down once they started reading. I had dropped a few clues for readers to identify the culprit, but some of them wanted the surprise intact,” he says.Lajo has finished writing his fourth book, which will be a closed space mystery. The editing works are going on and release has been charted for February 2019.