A touch of social realism

As an artist, Anil Plankala has always been inclined towards issues depicting the destruction of nature.

KOCHI: As an artist, Anil Plankala has always been inclined towards issues depicting the destruction of nature. However, in his recent works, the focus is more on social issues. Children being abandoned by parents is a major concern. Moved by the gravity of the issue, Anil came up with a work depicting a fearsome creature, which is protecting its offspring by sacrificing its own life.

“The painting is a reflection of our modern society where child abandonment has become a common occurrence. In our blind pursuit of worldly pleasures, we fail to take care of our children,” said Anil. “I wanted to say that even the most fearful creatures take care of their offspring.” 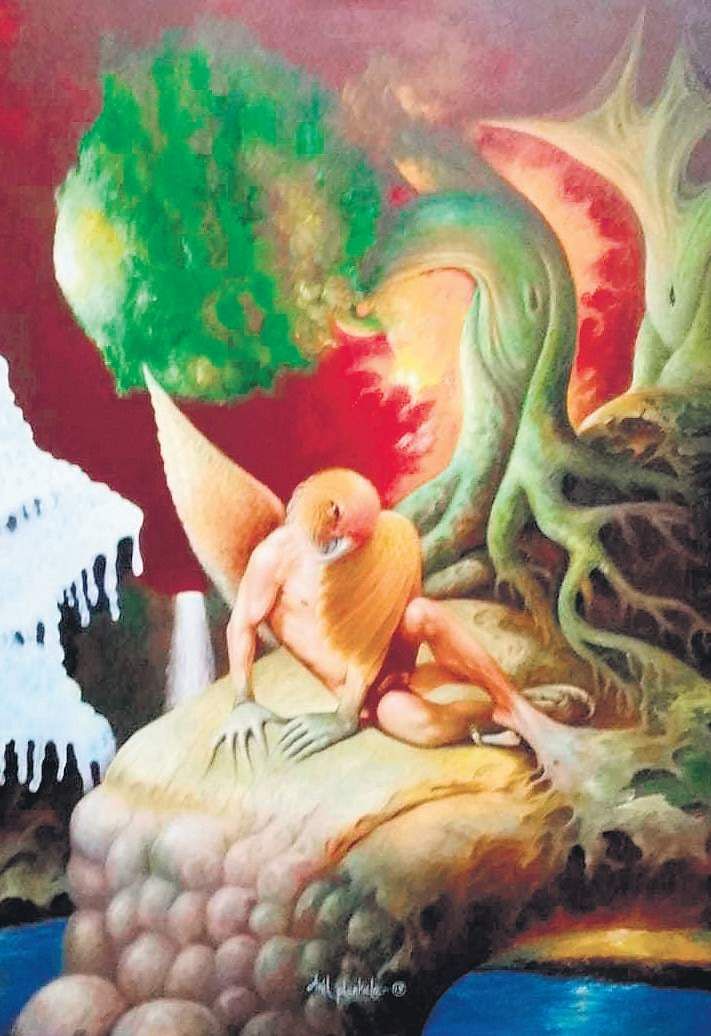 he helplessness of man who is unable to stop the violence against women is the theme of his second work. The man has the head and wings of a bird. “The head and one wing of the man is facing downwards. It indicates his helplessness and sorrow upon seeing a woman burning, which is projected within a candle flame,” said Anil.

Since his childhood, Anil admired the artworks of Raja Ravi Varma, the celebrated Malayali artist. The uniqueness of the colours used by Ravi Varma is one of the things that attracted Anil. “The angle in which the figures and their faces are portrayed is hard to master,” said Anil. Showcasing the entire collection of Ravi Varma’s paintings to the public is a dream that Anil wants to accomplish. According to him, only five or six paintings are available for public viewing in the city.

So far Anil has participated in nine group painting exhibitions organised mainly by Chitrakala Parishath. He has also taken part in the camps held by Lalitkala Akademi last year to raise funds for flood victims. Anil’s preferred medium is oil. He feels that mixing colours is much easier in oil than in acrylic.
Anil credits his master Krishnan Nair, an experienced artist for developing his skills. “He taught me oil painting, watercolour, sand painting and pencil drawing,” said the artist, who usually prefers to work at night on his paintings. Usually, it takes Anil about a month to finish a work. The time taken depends upon the size and complexity of the work. Presently, Anil is working on a collection of Ravi Varma’s paintings which he plans to exhibit next year.
Apart from his creative work, Anil also runs a shop with his brother in Pappanamcode.