KOCHI: “The air here is not orange  This air is just as yours as mine You cannot divide this air”
Poetry has been for the most time, a minimal and resilient voice—individually and collectively—in times of uncertainty and conflict. It has the power to string together, with simplicity and innocence, the most strongest messages. 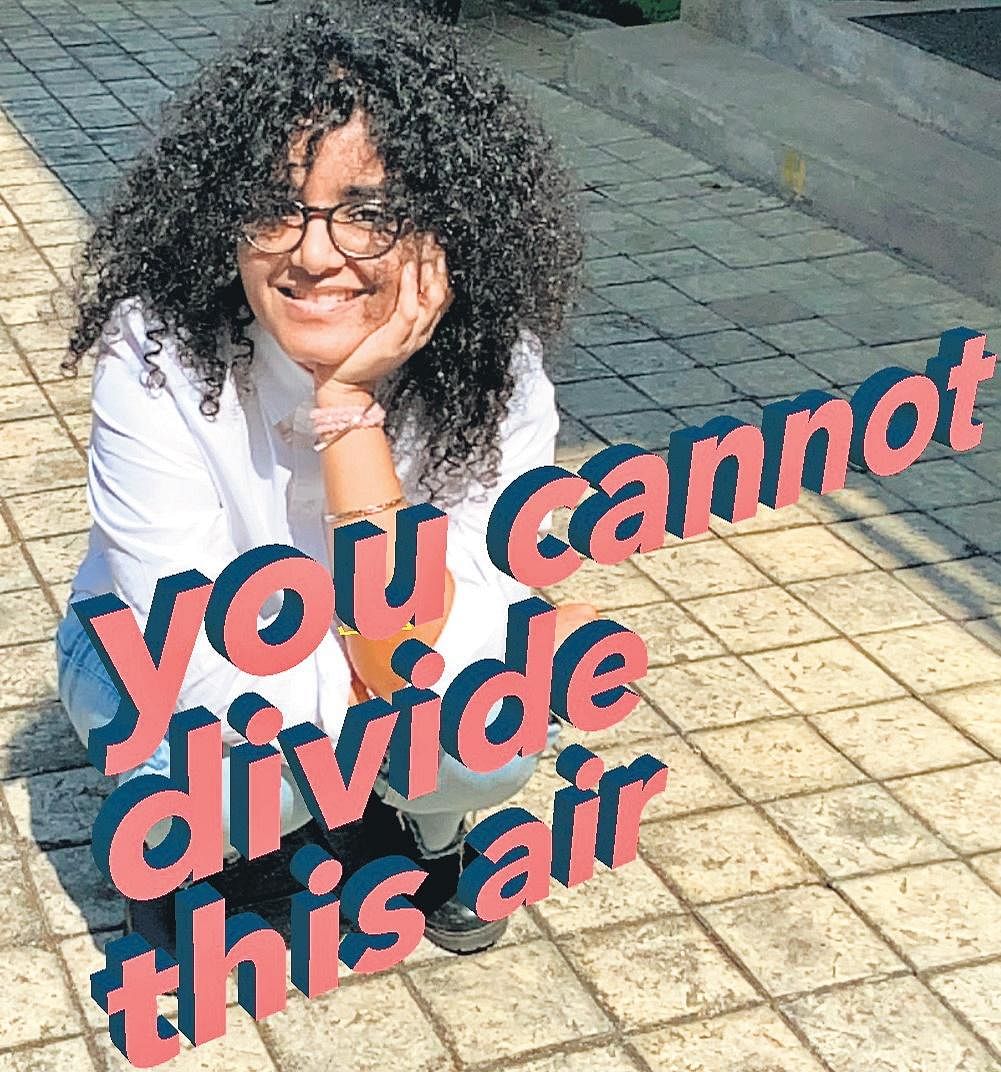 Taking a step further, Sheetal S, a Kochi-based brand consultant and designer, author of the three lines above, has launched a mobile app named Airpoetry, which allows a ‘multi-sensory usage’ of poetry. According to her, the motivation for the App happened when friends told her that they wished they could put up an indestructible banner or billboard, that nobody can access or remove.

Given the political weather in India, she says people across the globe wanted to show solidarity but found it difficult to show their affinity to an event/protest for various reasons— they may be located far away from the venue, or restrained from attending protests by parents or authorities.

Poetry through augmented reality or AR, she reckons, is the answer. After downloading the app, the user can place the three lines anywhere. “One can take a picture of your friend and share it on social media to amplify the impact with the hashtag#airpoetry,” Sheetal says, adding that her friends have used it in Seattle, London, Mumbai, and Delhi. “They are all very excited. For one, you don’t have to carry anything, and secondly, it’s very easy to share it on social media,” she says.

Kitebe Pvt Ltd, a Kochi-based AR development platform has helped Sheetal in this self-funded project. The app can be downloaded in iOS and Android platforms. As users will be using the lines in various surfaces, Kitebe experimented with various colours. The App accesses the mobile camera, locates the surface and place the poetry. “You can put it on any national monument, on historical places and share it online. It’s a banner you cannot erase. You can augment the poem five times,” she adds.

In the second phase, Sheetal is planning to have filters to prevent abusive speech or type in their own lines. “It will come to the admin for approval before people can post it,” she explains.

The third stage, she admits, is an ambitious one. It will allow people to see an image shared by another person on a monument or structure using the app. “If you put a message on Kaloor stadium, and someone else looks at the building through the app, they’ll be able to read what you have typed,” she says. But, the project requires lot of money and hard work. It is modelled based on ‘Scape’ in London, where the company scaped the entire city using visual positioning system or VPS. Users can get entire details of a monument—history, geography, construction, ownership or restoration.

For now, Sheetal is busy shelling out money from her brand consulting startup bblewrap to put across the message of peace in these divisive times.