KOCHI: Admission to Murali Krishnan’s competitive examination entrance classes requires more than a razor-sharp mind. Diligence comes first, followed by patience. For example, reserving a space requires the applicant to write 8,000 PSC questions and answers over seven to 10 days as handwritten notes. “If they fail to do the same after the 10th day, the applicant will be considered unfit to sit in my class. I believe this is a better test than any exam. This exercise requires a student to devote at least eight hours of study. Competitive examinations require the highest degree of perseverance,” says Murali, who is fondly called Madhu sir by his students.

Unlike most entrance coaching classes that are overcrowded and saturated with exorbitant fees, Madhu’s classes are absolutely cost-free.A resident of Thekkumbhagom, Kollam, this assistant section officer at the Secretariat in Thiruvananthapuram, did not have the rosiest start. A tiff with his father led him to the railway tracks, where he decided to end his life. However, fear got in the way and Madhu made his way to his grandparents’ place. “I had lost sight of what I wanted to be or achieve. I was almost a school dropout and couldn’t perform well in academics,” he says. 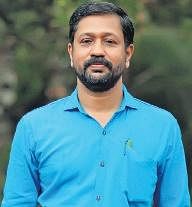 However, securing a job as a lower division clerk via the PSC exams served as motivation. His grandmother suggested taking classes for his friends who couldn’t make it. “Initially I had my apprehensions; however, these friends of mine that I’d coached succeeded in acing the examinations next year. Word spread far and wide and I began receiving hundreds of students from across the state. Over the past 25 years, more than 5,000 students under my tutelage have obtained government jobs,” says Madhu.

While he started teaching students at his house, they later shifted to a shed and now a hall. And the pandemic did nothing to deter him. “I shifted my classes online under the channel Future College Online, in April. Over the past few months, the channel has attracted more than 16k subscribers. In keeping with my values, pdf notes are free to download for prospective students,” he explains.

While Madhu agrees that entrance coaching classes can be a lucrative business, he doesn’t crave monetary gain. “I’m quite rich in an unconventional manner. I buy books on competitive exams and devour them after my day job. Weekends are replete with teaching students in batches of 100, from day to night. Over the past 25 years, I’ve gained sufficient expertise and have several tricks up my sleeve to ace exams. Now that classes are online, I have a few friends who help me with the editing,” Madhu says.

According to him, while it is relatively easy to coach students who’re the creme de la creme in a class, Future College mostly caters to disadvantaged students. “Several have failed many times, some students have given up on life itself, but here in my class, as long as they’re willing to write 8,000 questions and answers, they will always have a place,” he says.Madhu resides with his wife Ranjitha and daughter Jyothika, who studies in Class IX. ‘I’ve made amends with my father and I hope to train and secure jobs for 20,000 more students,” he adds.