For the students of Nirmalamatha Central School in Thrissur, online classes have become more thrilling and engaging.

KOCHI: For the students of Nirmalamatha Central School in Thrissur, online classes have become more thrilling and engaging. Children jump in excitement seeing giant planets, animals, symbols pop up beside their teachers. Thanks to the TutAR Next Reality Classroom designed and developed by Thrissur-based Infusory Future Tech Labs Pvt Ltd, learning has become creative with the introduction of augmented reality in online classes. 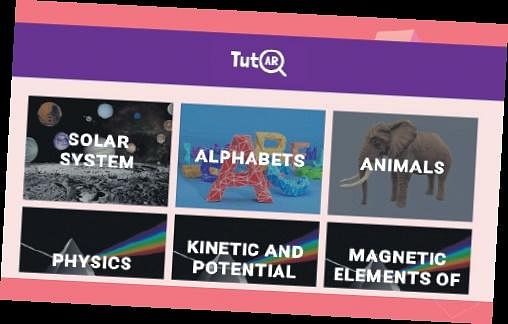 However, the trio decided to research further and find more innovative ways to incorporate AR into the education sector. “We considered introducing augmented reality to make learning more interesting and informative when schools shifted to online platforms during the lockdown. After uploading a video of our work on YouTube, it became an instant hit and more enquiries started coming in from various schools and organisations,” said Shyam Pradeep Alil, chief operations officer, Infusory.

An AR/VR Lab(Next Reality Labs) at Higher Secondary school, Panangad, was also installed through which students could interact while learning. “Although several companies have developed products based on augmented reality, most of them aren’t affordable or user-friendly. Taking a cue from this, we developed TutAR Next Reality Classroom which is both cost-effective and user-friendly,” said Shyam. “Nirmalamatha Central School is our first client and has been effectively using augmented reality amid their online classes,” he added.

TutAR comes with preloaded augmented reality content apt for science subjects from kindergarten to Class XII. Teachers can stream content through any conferencing software that supports screen sharing, record unique videos interacting with the augmented objects and easily share on social media by downloading the TutAR app through https://infusory.in/downloads.