The Ganges, rising from the Gangotri glacier, exits the Himalayan foothills at the ancient city of Haridwar — one of the four locations where Kumbh Mela is being held.

KOCHI: Photographer Rahul Ravi was always curious about the enigma surrounding Aghori sadhus. So he took a trip to Haridwar, the home of the annual Kumbh Mela. TNIE’s Krishna P S travels through Rahul’s pictures and memories to draw a vibrant image of the Aghori cult, a celebrated anecdote of India’s culture

The Ganges, rising from the Gangotri glacier, exits the Himalayan foothills at the ancient city of Haridwar — one of the four locations where Kumbh Mela is being held. The mighty river, the third-largest in the world, is sacred for the Hindus. Legend says that a dip in the ‘holy’ river will wash away your sins, sending you to the proverbial ‘moksha’ or salvation.

On the banks of the holy Ganges, Kumbh Mela is celebrated once in 12 years at one of the four locations — Haridwar, Ujjain, Nashik, and Prayagraj (Allahabad). This year, Haridwar is hosting the pilgrimage. Devotees believe that the river during the Kumbh season brings immortality, the blessing of the divine nectar, or Amrit. 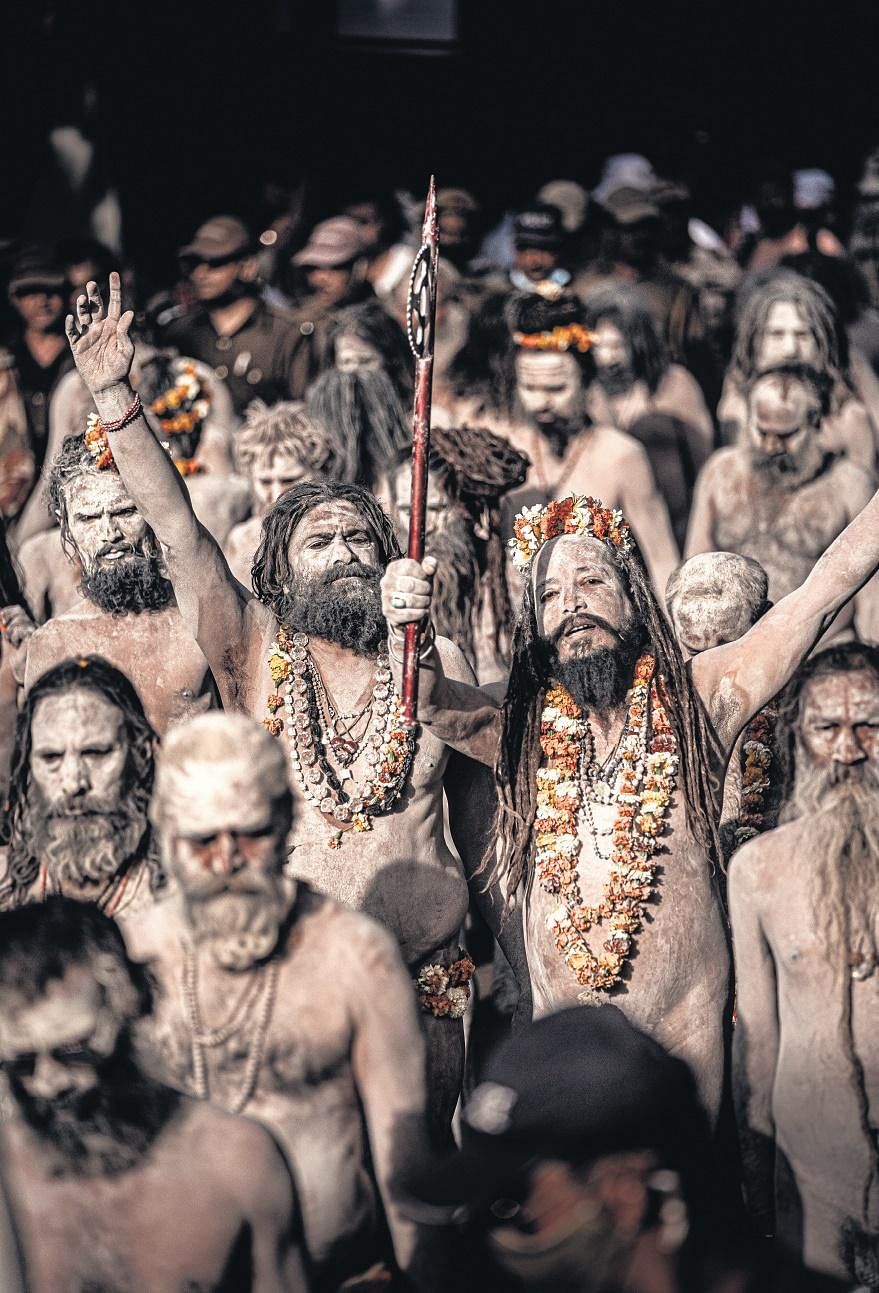 The meeting
Rahul Ravi, a photographer from Thrissur in Kerala,  wanted to capture the Haridwar Kumbh Mela for a long time. He was intrigued by the Aghori sadhus who come out very rarely from their dwellings in the charnel grounds. Braving Covid-19, he left for the old city on March 8 to find out more about these ascetic Shiva sadhus he has only seen on TV till date.

Aghoris, who have given up all the worldly pleasures including clothes, live in charnel grounds, cover their bodies in cremation ashes, use human skulls and bones as cups and ornaments, wear rudraksha beads, and are rumoured to eat human flesh from the cremation grounds.

“The wind in Haridwar is filled with the scent of incense from nearby temples. Even the river carries the smell sometimes. But when you enter the camp of aghoris, the air changes. The smell of burning human flesh and cremation ashes fill the camped up space,” says Rahul.

Aghoris go through around 40 years of intense meditation in solitude and many rites to be a part of the cult. They do not consider themselves humans and believe they have transcended to another worldly plane through Sadhana. They renounce every earthly pleasure — family, friendships, sexual pleasures desires, and shame. Their life, they give to Lord Shiva. 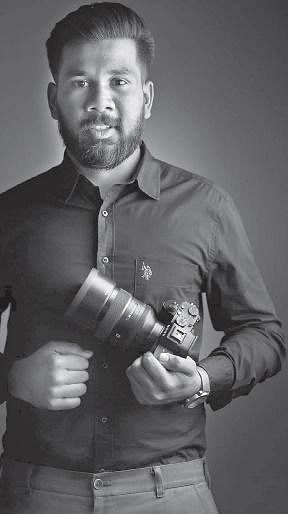 Rahul also met a Malayali sadhu in the akhara. “One fine day, I heard some familiar words in the akhara. Someone was speaking in Malayalam. He was wearing clothes, unlike many Aghori sadhus. He has been serving his guru for the past ten years along with his brother. I was relieved to have met him,” Rahul said. He explained many rituals of the sect to Rahul. There are four steps to becoming a Digambar sadhu, the state where you transcend the human state.

Onwards to the ghat
The river is ice-cold at this time of the year. But millions of devotees flock in for the mela, ignoring Covid-1. “It’s an experience watching the Aghori procession to the river. Chanting ‘har har Mahadev at the top of their voice, a sea of naked sadhus with swords and sticks walks to the ‘ghat’ for four kilometres,” Rahul says. He was able to join the procession through some local sadhus he made friends with. “But it is not easy,” he says.

Devotees fall on the aghori’s feet and pray. They are revered among the locals in Haridwar. “Even the officials sometimes pay them their respects. While returning from the ghat, officials would gift them blocks of ganja and hash,” exclaims Rahul. The energy never dips during the long walks even while returning to the akhara.