By Arya UR
Express News Service

KOCHI: Q...CQ...CQ...Anybody on the frequency? Wonder if it is any secret code used by national intelligence? No, this is the general call format practised by amateur radio operators across the globe. Amateur radio operators or ‘hams’ use a particular radio frequency to invite and respond. As 2021 marks the 100th anniversary of the amateur radio in India, we ‘tune’ into some of the active hams across the state to know how their lives have changed after setting their frequencies with ham radios.

For former CEO of Technopark and Infopark, Girish Babu, being a ham operator for more than four decades was an outcome of fascination and curiosity towards radio. He succeeded to become a licensed radio amateur in 1979. With his radio call sign, VU2KGB, Girish volunteered to be a helping hand in the 1990 Gulf War in evacuating the Indians from the war spot using his amateur radio network along with other hams.

“The benefit of the amateur radio network is that we do not encounter communication hindrances during any calamity as we can work independent of conventional systems, using even satellite frequencies across the globe. The HF communication is done through the radio signals reflected from the ionospheric layers, which we receive and transmit using antennas placed in our stations. We can use several modes to connect with other hams across the world and this can be used as a source of emergency communication,” he adds.

“It was in the early 90s as I was checking the VHF frequencies randomly and caught hold of some conversations near Agasthyarkoodam hill area. I found that it was a clandestine operation possibly by a militant group that was settled in the hill area. With the help of then district collector and a few other officials, the matter was conveyed to the head of the defence electronics applications lab who was also a Ham. As a result, a search team was sent by air and the illegal settlement and radio relay systems were destroyed by a commando team. Thus being a ham gives us possibilities to engage in national security too” he added.

Fascinated by his ham operations, his wife Maya Shankar, also became a ham with the call sign, VU2CIA, in 1990.  The homemaker enjoys the medium to connect with other people across the world and learns the cultural diversities.

“The conversations between hams do not have to be serious always . I have my own ham friends in Germany to share recipes, discuss cultures, seasons, lifestyle and many more. Many of them have even visited our home and they love our culture and family bonding. One of our friends, Udo Zaharonsky, who is a violinist and aerospace technician, once paid his visit here with his partner Renate, a musician only to understand our Indian culture and the meaning of ‘family’,” says Maya.

The possibilities of hams are vast according to Thrissur native Shahjahan M A, a building designer. Shahjahan, who is also the president of the Kerala Association of Disaster Management Communication, says the medium helps to get along with everyone.

“The hams treat each other like equals, irrespective of their social status. We have hams like actor Mammootty, Charu Hasan, Loknath Behera and former King of Jordan, King Hussian. To my honour, I was able to shake hands with the former prime minister of India, Rajiv Gandhi, who was also a ham when he visited Mala in 1987,” he said. However, for Shajahan his memories of ham are filled with the emergency situations like earthquake in Gujarat and Tsunami in Japan. With his call sign, VU2MTP, Shahjahan still cherishes rescuing a  Thrissur native from the Tsunami that happened in Japan in 2011. 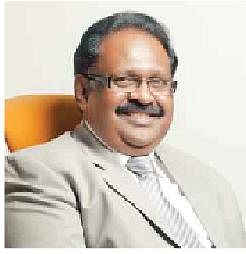 “I received a late-night call for an enquiry to rescue Malayali Abdul Khader, who was stranded in Japan. His family members somehow found my landline number and contacted me to use my ham service to find him. With the help of Bharathi Prasad, a Hyderabad ham, who had an advanced amateur radio network, we were able to track him within a few days and ensured his safety. And Khader came to visit me when he reached home,” he said.

Joining the veterans in ham service is Thiruvananthapuram native Abhijith A R , a businessman. Abhijith, who is in his his late 30s, says the amateur radio service helps him to connect with genuine people. “We live in the time of social media but we are not sure about the true identity of those with whom we make friends there. But ham is not such a space as all hams are licenced and have authentic identities verified by the respective governments. Thus, we do not have the possibilities of getting trapped or cheated like in social media. Also, the hams are not used for personal benefit as they are a medium to help each other in difficult times,” he says.

HOW TO HAM
The amateur radio operators are given licences titled Grade I and Grade II. The call sign of hams in India starts with ‘VU2’ which is the callsign prefix for general (formerly the Advanced-Grade and Grade I) licence holders and the suffix will be his or her personal identification.