‘Willful negligence’ at Brahmapuram: PCB to submit report to NGT

He added the report will contain an in-depth study on water pollution and solid waste management at Brahmapuram.

KOCHI: Board’s report to include scientific data to show that release of toxic effluent from the waste treatment plant is polluting Kadambrayar and Chithrapuzha rivers, something the Kochi corporation refuted

The Pollution Control Board (PCB), which studied on the release of toxic effluent from the Brahmapuram waste treatment plant into the nearby water bodies, will submit a detailed report to the National Green Tribunal (NGT) by June 3. The report will also include a scientific analysis of the plant, which has been a nagging headache for Kochi corporation and people living in that neighbourhood.

“With monsoon around the corner and forecast of heavy rain coming in, we are planning to fast-track the legal proceedings. We are going to submit our report with the necessary clarification from our side to counter the corporation’s argument that effluent is not harming the rivers. NGT had scheduled the case for hearing on June 3, but it may be postponed due to the Covid situation,” said a PCB official.

He added the report will contain an in-depth study on water pollution and solid waste management at Brahmapuram.“There is a willful negligence from the part of the Kochi corporation regarding solid waste management at the plant. We also have scientific data on the pollutants in Kadambrayar and Chithrapuzha rivers. The corporation’s response is unsatisfactory and we’ll seek permission to go ahead with legal action,” said the official.

Earlier, the corporation had come down heavily on the notice served by the PCB, saying the board is yet to take action against industries polluting the Kadambrayar river upstream. The corporation also pointed out that sufficient measures have been taken to stop the discharge of leachate into the rivers. 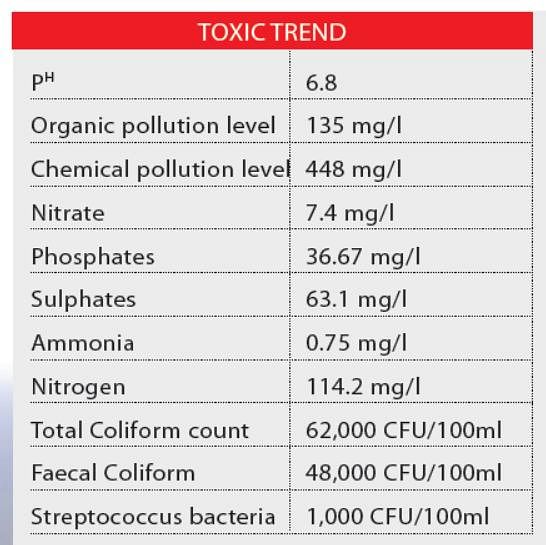 IMAGE TO BUILD BIOMEDICAL PLANT
The Indian Medical Association Goes Eco-Friendly (IMAGE) is expected to execute the work of the proposed biomedical plant at Brahmapuram. “Once the confusion over the handing over of the three-acre land required for the project settles, the environmental impact assessment will begin. We will also fast-track the supply of necessary equipment,” said a source close to IMAGE.

The proposal mooted in 2015 had hit the roadblock after Kochi corporation decided not to allocate funds for it last year. Following a request by the Indian Medical Association, Ernakulam district collector acquired the land. The state government had earlier directed local bodies to set up more biomedical waste management facilities.

KEIL FACILITY GETS APPROVAL
Amid the growing demand for a biomedical waste management facility, the PCB has approved a 16-tonne plant at Ambalamedu in Kochi. It will be set up by Kerala Enviro Infrastructure Limited.

Now we are on Telegram too. Follow us for updates
TAGS
Brahmapuram Pollution Control Board National Green Tribunal