Mumbai could be close to herd immunity: BMC

Dr Avinash Supe, chairman of the COVID-19 death audit committee, said it was too early to talk about herd immunity.

MUMBAI: A day after a sero-survey found that around 57 per cent slum-dwellers in three municipal wards of Mumbai have been exposed to coronavirus, the Brihanmumbai Municipal Corporation said the city could be closer to herd immunity.

BMC’s Additional Municipal Commissioner Ashwini Bhide said the first round of sero-surveillance report indicates that 5 per cent of slum population and 16 per cent of non-slum population have developed antibodies. “The fatality rate is very low… so, are we closer to herd immunity?” Bhide said.

However, Dr Avinash Supe, chairman of the Covid-19 death audit committee, said it was too early to talk about herd immunity. 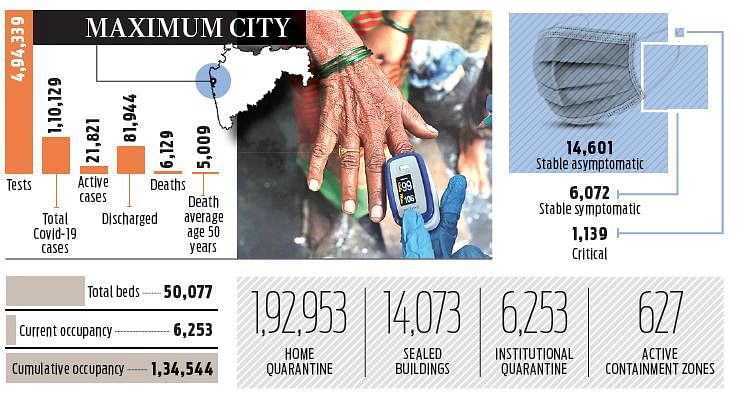 He said as per international studies, such immunities develop when the percentage of infection is 70 per cent. “The survey results are an encouraging sign, but we can’t stop the measures that we have been taking. People should continue to maintain social distancing, wear masks and adopt sanitization methods,” said Dr Supe, who was also ex-Dean of the BMC-run KEM Hospital in Mumbai.

He also pointed out that the survey was carried out only in three BMC wards which cannot reflect a holistic picture of herd immunity. “There are still chances of residents of upscale apartments and housing colonies getting infected. It will take time for the antibodies to develop,” said Dr Supe.

BMC Health Officer Dr Daksha Shah said there were divergent opinions about herd immunity. “Our second round of survey will determine the progress and persistence of antibodies,” Dr Shah said.

The second round of survey with Kasturba Molecular Diagnostic Laboratory, Translational Health Science and Technology Institute (THSTI), A.T.E. Chandra Foundation and IDFC Institute will be carried out in the next 10-15 days.

“This second sero-study will be carried out in the same BMC ward of R-North (Borivali-West), M-West (Chembur) and F-North (Matunga) in the slum and non-slum areas with the same demography. We will then have more clarity over the herd immunity,” she said.  BJP leader and former minister Ashish Shelar said the BMC should carry out more antibodies tests.