A tale of lost identity

‘Phoenix,’ the 2014 German film by Christian Petzold, which tells the story of Nelly, will be screened at the Goethe Zentrum in the city this Saturday.

THIRUVANANTHAPURAM: In the aftermath of World War II, Nelly, a survivor of the Auschwitz concentration camp, returns to Berlin. In the war-ravaged city, she undergoes a facial surgery to repair the damage done by a bullet. On her return home, she finds herself the lone survivor in her family, and her husband fails to recognise her. But he urges her to impersonate his ‘dead’ wife, so that he can get his hands on her inheritance. 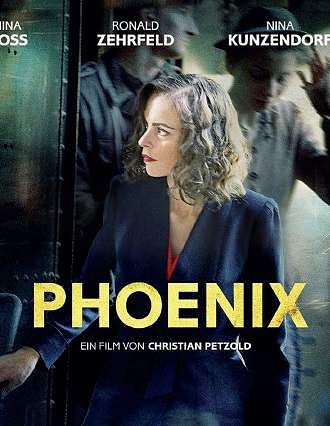 ‘Phoenix,’ the 2014 German film by Christian Petzold, which tells the story of Nelly, will be screened at the Goethe Zentrum in the city this Saturday.

“Phoenix tells the story of a homecoming that is no longer possible and an identity lost forever,” the Goethe Centre said in a statement.  Phoenix was released in Germany on September 25, 2014, and in the United States on July 24, 2015. The film received significant critical acclaim, with praise going toward the film’s suspense filled narrative, direction, Nina Hoss’ performance, production design and its symbolic elements, the centre said.

Phoenix is a loose adaptation of the French novel Le Retour des Cendres (The Return from the Ashes) by Hubert Monteilhet. The film stars Nina Hoss as Nelly and Ronald Zehrfeld as Johnny Lenz, Nelly’s husband. The programme is part of the monthly film screenings by the Goethe Centre. It will be held at the centre’s amphitheatre at 6:30 pm on Saturday. Entry is free.