classic rock story was in the making. Once the rock band dissolved, familial expectations to ‘achieve’ things in life appeared on the horizon, and the 21-year-old Prashob P

THIRUVANANTHAPURAM: A classic rock story was in the making. Once the rock band dissolved, familial expectations to ‘achieve’ things in life appeared on the horizon, and the 21-year-old Prashob P was at the receiving end of it all.

But he only wanted to make music, because he was more certain than ever that he wasn’t an interview-job-salary kind of person. So, he went ahead and produced the first lyric video ‘Chemmanam’ of his cherished project ‘Megam’.

The song, which falls in the genre of Electronic Dance Music (EDM) has been doing the rounds in social media. What exactly is an EDM song? “A song that relies heavily on computer sounds. In my first single, I’ve used only the guitar as a live instrument, apart from the other sounds,” said Prashob.

In Malayalam music, ‘Chemmanam’ could well be the first EDM song. “There have been songs that are part EDM, but not a complete one,” clarified Prashob. “My bedroom was the studio, and the sound mixing, singing and video-making happened on my laptop.”

‘Chemmanam’ is a breezy number that talks about little fancies, such as floating alongside the clouds, gliding like a bird and touching the blinking stars. “I wrote what I’ve always experienced.

I have always dreamed of doing these things. Also, the idea was to keep the lyrics simple and familiar and spread some positivity around,” said Prashob, who also penned the lyrics.

The singers of the track are Nimmi Chakkingal and Sujith Nair. “Sujith has a great voice and he used to be a member of my band. He’s done some good work in the Kannada music industry as well. I met Nimmi via Linkedin, where she already came with a great recommendation,” said Prashob. 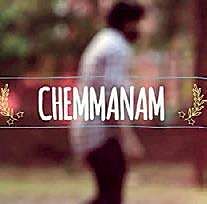 While admitting that he’s a fan of Malayalam music, Prashob, who is pursuing his education in Bangalore, but is from Palakkad, said, “What I want to do is to introduce Malayalam music to EDM, and make that an element with many possibilities.”

Motto for music? “Hard work is key,” said Prashob. “It’s also about the attitude. For me, music isn’t about making money, it’s about passion. I sleep for less then four hours when I’m trying to get the details right for the song I’m working on.

I’d like to continue working with like-minded people and bring out the rest of the tracks in ‘Megam’. I’m sure they’ll be a treat.”