Filmmaker Sanal Kumar Sasidharan, whose offbeat movies had won critical acclaim,is now being inundated with threats on Facebook over the title of his latest flick--’Sexy Durga’.

THIRUVANANTHAPURAM: Filmmaker Sanal Kumar Sasidharan, whose offbeat movies had won critical acclaim,is now being inundated with threats on Facebook over the title of his latest flick--’Sexy Durga’. 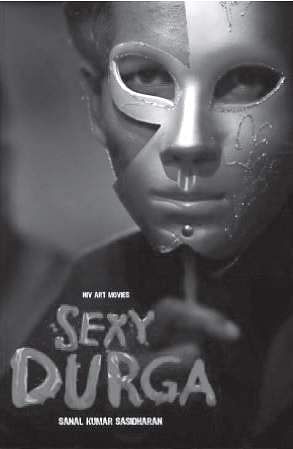 It was after ‘Sexy Durga’ bagged the  Hivos Tiger Award 2017 at the International Film Festival Rotterdam (IFFR) last week that the FB ordeal began. The movie, Sasidharan’s third feature film after ‘Oraalpokkam’ and ‘Ozhivudivasathe Kali’, had premiered at Rotterdam on January 27. According to the FB posts, the film’s title offended the religious sentiments of Hindus.
Sasidharan, posted a screenshot of one of the messages, saying, “Open threats again and I wonder what a mockery it has turned our law and order into. Anyone can threaten anyone (without the fear of punishment).”

“Sanal Kumar Sasidharan, a director from Kerala, has made a movie called’ Sexy Durga’. Bollywood’s ‘popular child/ woman molester’ Anurag Kashyap is promoting the movie. We urge our members to put their addresses in the public domain so that the freedom of expression can reach newer heights. Everyone can congratulate them on calling on the duo in person at their residence. And let the celebrations begin,” said the post from ‘Sanjeev Newar’.  When Express spoke to Sreeja, wife of Sasidharan, she said she had also received threat calls and WhatsApp messages in the last couple of days.  “Yes indeed. I have been receiving threat calls. Sasidharan’s two assistants have also received threat calls and messages.

However,they have dwindled,with no calls received on Tuesday. If I get anymore threat calls or similar messages, I have decided to approach the Vanchiyoor Police,” Sreeja said.
On Monday, Sasidharan published another screenshot of a message posted by Rahul Srivastava, president of the Hindu swabhiman sangh. He also questioned the title of the movie and Sasidharan clarified “the film had nothing to do with Goddess Durga”.