District administration has come up with a solution for the plastic and e-waste problem.

THIRUVANANTHAPURAM: Plastic waste management still remains a huge challenge. It poses a huge threat to the rural and urban society alike in the country. Thiruvananthapuram district is no different with plastic and e-waste management issue remaining unresolved over the years. However, the people in the district can now heave a sigh of relief with the authorities finally coming up with a permanent solution in eradicating plastic and e-waste menace. 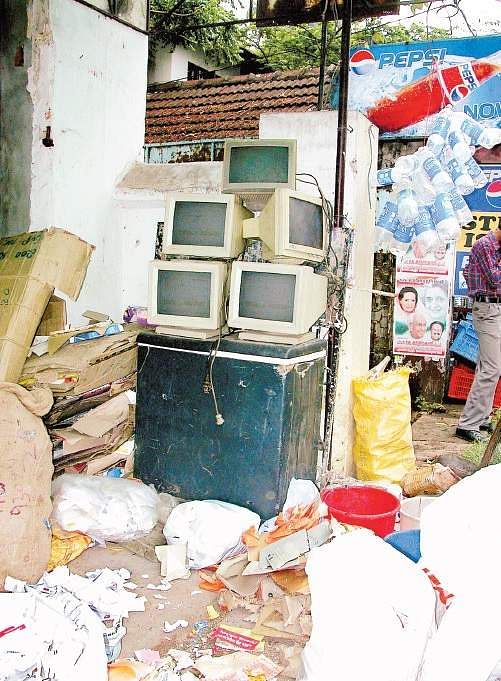 At a high-level meeting convened by the District Collector S Venkateshapathy, the other day, the district administration has decided to collect plastic and e-waste from government offices and educational institutions under the state government’s ‘Harithakeralam’ project. The procurement will take place under the aegis of the Suchitwa mission on January 25 and for this the district has been divided into various zones. An official declaration regarding this will be made soon by the district administration through the respective local self-governments. Similarly, the official launch of the programme will be done on January 26 at the collectorate by the District Collector.

To make use of the efficiency of youths, the district administration will also seek the co-operation of various local clubs, residents associations, NSS, NCC and student police cadets. The officials said they will also  spearhead the cleaning works and water conservation programme. The district administration has also decided to convene school level meetings to select volunteers for this purpose.

According to the officials, the district administration’s prime focus will be to strengthen the process of afforestation and water conservation methods. Separate lands will be identified near the schools for the afforestation programme and to build water reservoirs. The maintenance of these will also be entrusted to school and college students.

“This drive will be an extension of the Harithakeralam project. The benefits of the project is yet to reach the public. Though we proposed several projects, this was accepted by many. However, this huge drive can become a success only with the support and help of the public,” said a top official in the district administration.

The meeting also decided to strengthen the works of National Rural Employment Guarantee Scheme (NREGS). In the meeting, the District Collector stressed on the need to clean the small streams, ponds and canals and initiate rainwater harvesting with the help of NREGS workers. The District Collector also directed the agriculture officers to submit an update on the seeds which were planted by the workers during the initial phase of Harithakeralam project.

The meeting also decided to rope in eminent personalities from art, culture and literature for this purpose. The District Information Officer has been directed to coordinate the drive with the officials concerned.
Block Development Officers will be assigned to organise the people for ‘Harithakeralam Express Roadshow’ which will be conducted on the sidelines of the drive in the district. The planning of the second phase of the programme will be held on January 27 at the conference hall at Collectorate.