THIRUVANANTHAPURAM: Fashion, just like music and art, can be timeless if it transcends geographical boundaries. And that’s exactly what Anita Dongre has done in one big stride. In the first week of July, this Mumbai-based couturier became the only Indian designer to open a flagship store in New York.
Her label, Grassroot, inspired by the heritage of handcrafted fashion, has now opened its doors in the upmarket lanes of SoHo, Manhattan. This is the fifth Grassroot store in the world, the others are in India; two stores in Mumbai and two in Delhi.  That’s not all, the designer is gearing up to unveil her second store in the Big Apple in the next few weeks, for Anita  Dongre  Couture.

Purpose meets design
From starting the label in India to taking it to New York, the journey has  gone on for several years and miles. “Grassroot, though two years old, is the result of 30 years of thought. I wanted to start a brand that serves a greater purpose along with fine design,” says the designer.

The label is thoughtful in more ways than one as it works in association  with non-governmental organisations through out the country, thereby offering a steady source of employment  for skilled women in villages. The craft, she maintains, is the real “hero”, as it helps the artisans take charge of their own lives.

Down to earth
The fabrics that Anita prefers for Grassroot celebrate indigenous roots and
are environmentally conscious.“We work with different kinds of  cotton from fine Bhujodi and Jamdani weaves to beautiful Kala cotton and khadi. Our fall collection also has recycled wool,” says the designer.
The craftsmen start early and finish early, to get most of the work done  during the day, reducing electricity  consumption.

The spirit of eco-consciousness stretches from her label to the décor of her SoHo store as well. The 1,500-square-foot store is designed by architect Shonan Purie Trehan. There are six panels on the walls which blend handwoven cotton and silk. “The handcrafts-inspired décor of the store beautifully narrates the brand story within its space,” shares the designer, who became one of the most searched  celebrities online in 2016. She garnered instant fame on social media   after the Duchess of Cambridge Kate Middleton wore an ensemble designed by  her  during  her  India  visit. 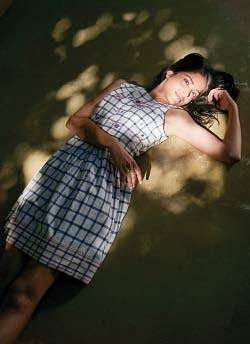 Universal appeal
From pussycat bow and pleated dresses, pinstripe jackets to peplum tops, the cuts are chic and the silhouette international. Anita states that the collection is not only for New Yorkers or non-resident Indians but for fashionistas everywhere who believe in the luxury of time, patience and craft.
She adds with a smile, that for  her, the process of curating the collection was a “happy challenge” as she had to come up with ensembles that look and feel universal.

The inspiration for the line was shaped by the voyages she undertook to find weaves and weavers. “The more  I  travel within  the inner pockets of India, the more I am amazed at how much our heritage has to offer. There’s something new to rediscover every day. I say ‘rediscover’ as these age-old crafts are there, but with modernisation, they are losing their importance,” says Dongre, with a confident air about finding her place on the global fashion map.