A majority of the recent incidents - fatal or otherwise - have been reported from the coastal areas.

THIRUVANANTHAPURAM: With complaints pouring in from the coastal belt regarding the stray dog menace, the state government is planning to establish sterilisation units in these regions, Local Self-Government Minister K T Jaleel said.A majority of the recent incidents - fatal or otherwise - have been reported from the coastal areas. Though the government had announced plans to establish Dog Zoos for strays earlier this year, priority will be given to sterilisation units, the minister said. 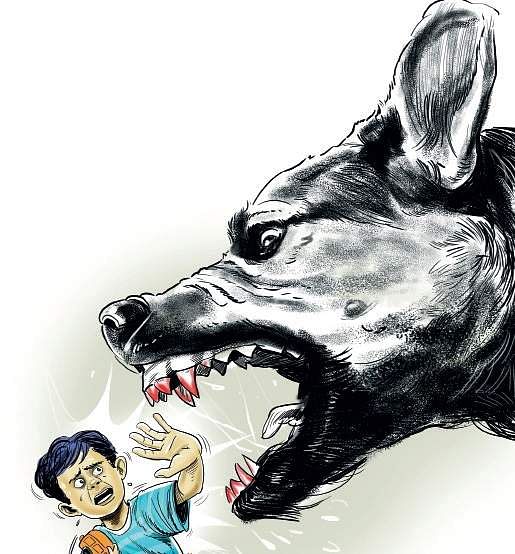 ‘’Experts say such units are a better solution to the problem. Several units have been set up already and are functioning well. The one in Thrissur Corporation is an example. This will be replicated across the state. Sterilisation units are more practical. Once the dogs are sterilised, it is better to let them off if they are not ferocious,’’ he said.

On the other hand, the government has not dropped the plans for the Dog Zoos altogether, he said. The proposal for the Dog Zoos had found mention in an affidavit filed by the state government in the Supreme Court on the stray dog menace. They were to be established under the aegis of the district panchayats.
By August this year, the government - which ramped up the Animal Birth Control Programme following a spate of dog attacks - had managed to sterilise 856 strays. A total of Rs 12.82 lakh was spent on the exercise. And it is not as if there is a dearth of funds for undertaking the sterilisation drive. In the last financial year, grama panchayats had earmarked Rs 11.88 crore for it while the municipalities had set apart Rs 9.52 crore. While exact figures are not easily available, it is estimated the state has a stray dog population of three lakh.

T’Puram: Monday’s incident where a one-and-a-half-year-old was badly mauled by stray dogs in Vizhinjam has again drawn attention to a question which the government and the public in general have failed to address properly. Over 2016 and 2017 (up to June 30), ten persons have been killed by strays and over 7,000 people sustained bites, according to statistics with the Local Self-Government Department. Despite the announcement of various government schemes and projects, strays continue to roam the city streets and the countryside with impunity. Several incidents over the past year - mostly in rural Kerala - had jolted the public conscience and drawn fresh attention to the stray dog problem.

In April 2017
85-year-old Kunjikrishnan of Mamam, Attingal, was attacked and killed by strays. He had left his home to get a hair cut

In May 2017
48-year-old Joseline was mauled to death by a pack of strays, at Pulluvila in Thiruvananthapuram

In october 2016
A 90-year-old man was attacked and killed by stray dogs at Varkala, prompting a knee-jerk retaliation against canines by the local people.

In August 2016
65-year-old Siluvamma was mauled to death by a pack of strays at Pulluvila in coastal Thiruvananthapuram. Her son Selvan also sustained injuries in the attack.

Now we are on Telegram too. Follow us for updates
TAGS
dogs sterlization drive