Anyone who has made it into the entertainment industry will be quick to tell you, it’s difficult to get your foot in the proverbial door.

THIRUVANANTHAPURAM: Anyone who has made it into the entertainment industry will be quick to tell you, it’s difficult to get your foot in the proverbial door. Nevertheless, due to the recent boom in the regional movies, youngsters with cinema aspirations seem to be finding many avenues to perfect their craft; be it sound technicians, actors, cinematographers, directors, or scriptwriters. 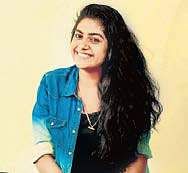 Forget the ‘Chennai pattanam’ dream; Kochi is now the hub for trusted institutes which have proved credibility by breeding talents like Tony Babu (sound designer, Karwaan), Nimisha Sajayan (lead actor, Thondimuthalum Driksakshiyum), and Antony S (director, C/O Saira Banu). Though names such as Neo Film School, Westford Institute of Film Technology, and Cochin Film School, are amongst the most popular—newer players like Door2Cinema are also making their presence felt

“We’re trying to create a portal into the film industry, but only after ensuring that aspiring students gain a complete understanding of what they’re getting themselves into,” explains Subilal K, a retired aeronautical engineer from the Indian Navy who co-owns Door2Cinema. This startup recently started hosting workshops featuring industry bigwigs—including director Anil Chitru, cameraman Aneesh Abbas, and editor Jovin John—with the intention of providing a hands-on experience.

While the weekend-only classes offer some respite to talents trapped in lacklustre desk jobs, a revolutionary event was Neo’s free script pitching festival, where they encouraged aspiring writers to present their story ideas directly to prominent producers like G Marthandan and director Jis Joy. “At Neo, we’ve had over 100 alumni and a large percent of them have found work in the industry,” claims academics manager Vineeth Peter.